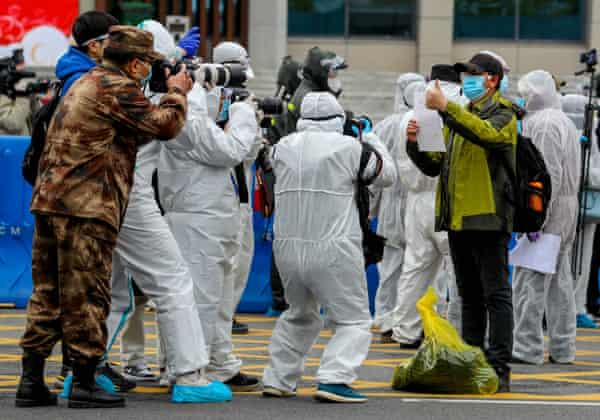 Indian Prime Minister Narendra Modi announced the world’s biggest coronavirus lockdown Tuesday night, in an attempt to prevent a devastating outbreak. But as 1.3 billion people are ordered not to leave their homes, some doctors are reporting that they’re being kicked out of theirs, due to growing fears among the public that they could infect others with the virus.

In the capital, New Delhi, a doctors association appealed to the government on Tuesday to intervene in cases of doctors being turfed out of their accommodations by landlords who worry they could be infected, Vice News reported.

Harsh Vardhan, India’s minister for health and family welfare, tweeted that he was “deeply anguished” by the reports “pouring in” of threats to evict healthcare workers, especially in cities with confirmed coronavirus cases.

Modi announced India’s 21-day lockdown in a televised speech Tuesday night, only four hours before it took effect, following a sharp increase in cases there in recent days.

According to Vice News, India has 562 confirmed infections and 10 deaths, but experts believe the true numbers of infected are likely much higher, and have warned that India will face a devastating outbreak unless drastic steps are taken.

But Modi stressed in Tuesday’s announcement that the measures were essential, warning that if India did not “handle these 21 days well, then our country… will go backwards by 21 years.”

Man sets himself on fire outside PM House