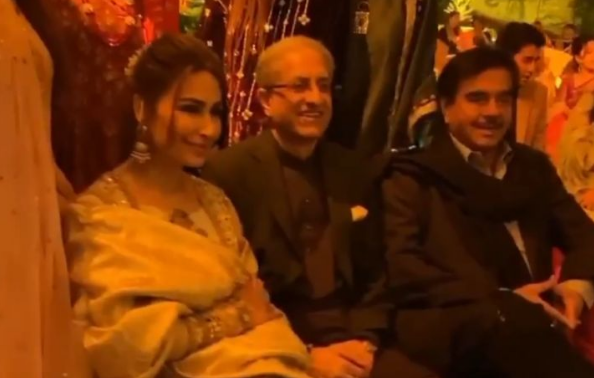 His appearance become public, as soon as a few videos from the event started to float on social media. It Pakistan turns out to be more than a surprise for Pakistanis as amid all the tension between India and Pakistan because of the months-long lockdown in Occupied Kashmir and removal of Article 370, actor-turned-politician Shatrughan Sinha and whoever speaks of in a word or two in favour of Muslims especially Pakistan in BJP’s India is termed as a traitor.

The videos of the former Lok Sabha member attending a wedding in Lahore were shared by a local photographer on Instagram and since then, Shatru Jee has been the talk of the town. And we wonder how his countrymen, especially Indian media reacts to this.

Pakistani film star Reema can also be seen sitting in the video clip featuring the Indian guest along with a few other people. However, we don’t know yet who invited Shatrughan Sinha to the wedding and his terms with the hosts.

We remember from last year that Indian singer Mika Singh was banned from working in the Indian film industry after performing at a wedding in Pakistan.

Spain to widen testing for COVID-19 as death toll continues to drop!