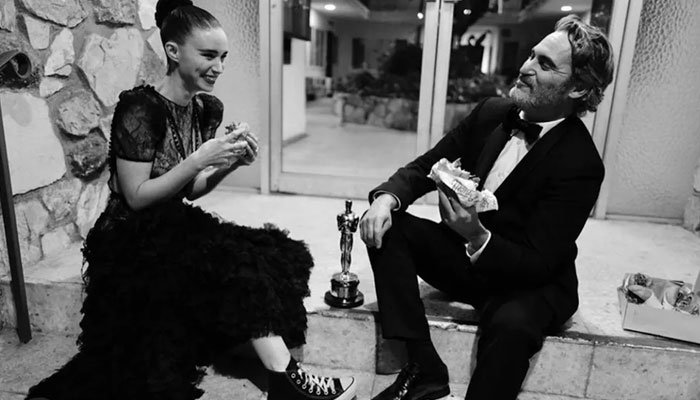 Oscar Winner Joaquin Phoenix, who dominated most of the award season this year for his fabulous performance as Arthur Fleck in Joker, seems to be fond of junk food as he celebrated historic win on footpath with vegan burgers and fiance Rooney Mara.

Joaquin, who has a huge fan following that has massively increased after his super hit Joker, appeared to be a normal guy as he enjoyed the Oscars victory in style that liked by his fans and admirers who shared the viral picture with each other.

After the Best Actor win for Joker at a star-studded glitzy event on Sunday, the superstar and his fiance, Rooney Mara enjoyed some vegan burgers, likely delivered from its popular Koreatown location.

Phoenix gave a heartfelt speech about everything from gender inequality and racism to queer rights, focusing a large part to animal rights.