Pearl had been murdered in Karachi in 2002 while investigating stories on extremism and was kidnapped and brutally murdered.

After a provincial court overturned the men’s convictions in the American journalist’s kidnapping and death, Pakistani officials moved quickly to appeal to the Supreme Court.

The Pakistani authorities said Friday that four men had been rearrested in the abduction and killing of the American journalist Daniel Pearl after a court overturned their convictions just the day before. The government will appeal their acquittals to Pakistan’s Supreme Court, officials said. 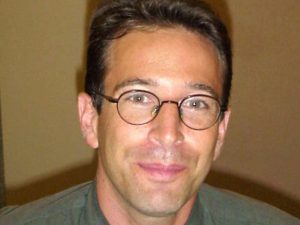 On Thursday the High Court in Sindh Province overturned the murder conviction of Ahmed Omar Sheikh, a high-profile British-born militant accused of masterminding the 2002 abduction and killing of Mr. Pearl.

It also tossed his death sentence, reducing it to seven years, a move that would have allowed him to be freed for time served. The convictions of three other men in the case on murder and terrorism charges were also overturned.

The court decision was widely condemned by American officials and journalists’ groups. Welcoming Pakistan’s move to appeal on Friday, a senior State Department official said, “The overturning of the convictions for Daniel Pearl’s murder is an affront to victims of terrorism everywhere.”

The official, Alice G. Wells, added, “Those responsible for Daniel’s heinous kidnapping and murder must face the full measure of justice.”

Ahmed Omar Saeed Sheikh and three alleged accomplices in the kidnapping and killing of the US journalist are to remain in detention for three months pending the filing of an appeal, Pakistan’s interior ministry said in a statement on Friday.

The rearrest of the four men gives the government time to put together a legal appeal against their acquittal. 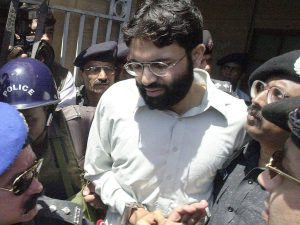 The appeal will be filed next week in the Supreme Court, the country’s top court, by the Sindh provincial government, Pakistan’s interior ministry said in a statement on Friday.

“Ministry of Interior, Government of Pakistan reiterates its commitment to follow due process under the laws of the country to bring terrorists to task,” the statement added.

The US denounced Thursday’s court acquittal of the four, with the top US diplomat for South Asia writing on Twitter that it was “an affront to victims of terrorism everywhere”.

“We welcome Pakistan’s decision to appeal the verdict,” acting US Assistant Secretary of State for South and Central Asian Affairs Alice Wells said.

‘The Dark Knight Rises’ actor dies of complications from coronavirus

Winter cravings you can’t even think of missing out!