News agency India Asian News Service (IANS) on Thursday, 7 May, passed off a piece of satire as actual news. The wire agency published an article with the headline “Imran Khan Reads Chart Upside Down, Claims COVID Curve Flattening” was later picked by several other news websites. The report originally appeared on a Pakistan-based satirical website – The Dependent.

Several news organisations including Sahara Samay, DT Next, and Newsd published a report claiming “Pakistan’s Prime Minister Imran Khan has made a gaffe claiming that the COVID-19 curve has been flattening in Pakistan. The faux pas happened because he was reading the chart upside down.” 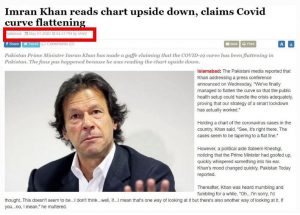 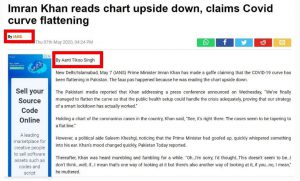 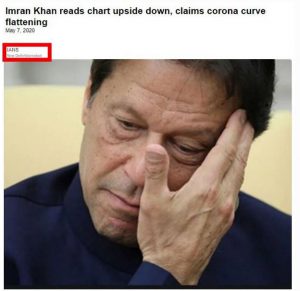 The report was also picked and published by multiple pages on Facebook. 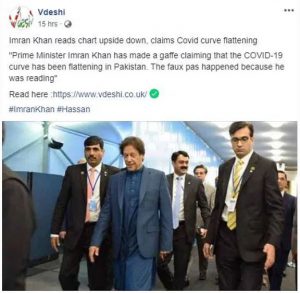 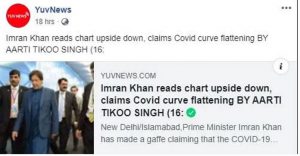 On conducting a TweetDeck search using terms “Imran Khan claims COVID curve flattening” we came across a tweet by a Twitter handle Not The Dependent, which carried a screenshot of the original IANS article by journalist Aarti Tikoo Singh. The Tweet claimed that the source article is a work of satire. 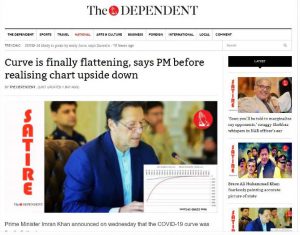 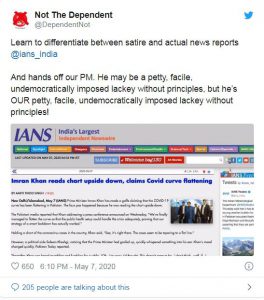 Taking cues from here we ran a Google keyword search and found the same report on a Pakistani website The Dependent with a satire stamp.

Clearly, a work of satire was passed off as real news by IANS. The writer of the IANS story, Aarti Tikoo Singh, later issued a clarification. 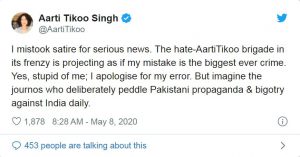 This is not the first time when IANS was caught spreading misinformation. The news agency has been called out for publishing misleading content at various occasions in the past.

Shaan is not here for PTV and PTI endorsing Turkish content

These 5 Premium limited edition products prove that red is the new black!