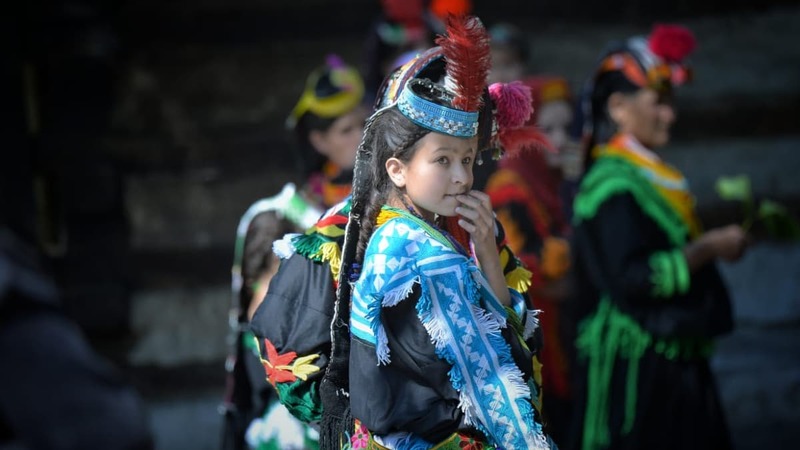 The five-day Chilim Jusht spring festival of Kalash people concluded in Bumburate valley here on Saturday with the ritual dance by young men and women at the centre of the valley.

This year round the event was sombre due to coronavirus pandemic as non-locals and tourists were not allowed to enter the valleys during the festival. It was for the first time that only the Kalash people were present in the concluding event which used to attract large crowds from other parts of the country.

The dancing by men and women also gave an unattractive sight as they had to remain at a certain distance from each other against their customary practice of performing in groups of five to eight and hugging each other.

Before arriving at the central place in Charsu, the Kalash men and women accompanied by children reached a nearby grassy ground from different villages where they held a special session of collective dancing and sang in praise of their near and dear ones who have died.

Afterwards, they left for Charsu in a procession waving green twigs of walnut in their hands escorted by smartly dressed young boys and girls.

The Kalash people started their farming activities a day after the festival and many of them leave for the pastures in the highlands with their goats and remain there till September.

Special assistant to chief minister on minorities, Wazirzada, who was the special guest on the occasion, distributed gifts among the participants and congratulated them for attending yet another festival in their lifetime.

He said the government had taken a number of initiatives to improve the living standard of Kalash people. He said efforts were underway to preserve the ancient civilisation.

First ever Pakistan screen awards to be held is Dubai