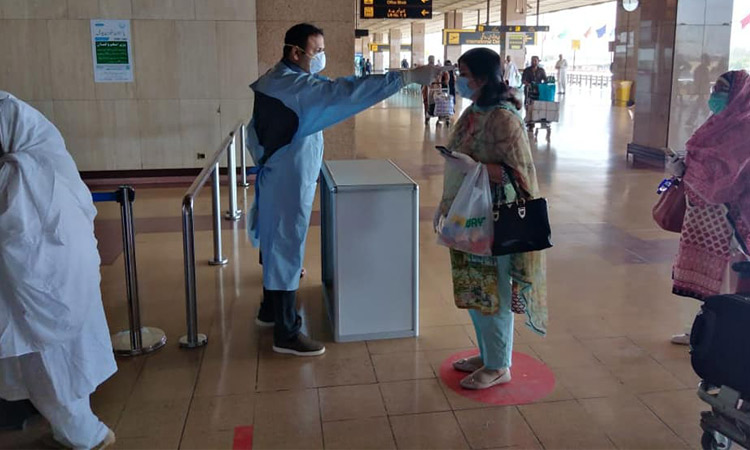 International flight operations resumed in the country on Saturday after being suspended for nearly two months due to the coronavirus pandemic.

The relaxation, however, is only for outbound flights at the moment. No announcement for inbound flight has been made as yet.

“All national and foreign carriers are permitted to start scheduled/non-scheduled and charter operations for outbound passengers only, with effect from May 29, 2020, 1900 UTC [12am local time, Saturday] from all international airports except Gwadar and Turbat airports,” the Pakistan Civil Aviation Authority (CAA) said.

Flights were allowed to operate under certain standard operating procedures (SOPs) set forward by the government, such as screening of passengers at the airport, ensuring wearing of face masks and gloves.

On Friday, the Civil Aviation Authority had said the decision to resume outbound flight operations in the country had been made after the federal government gave the go ahead.

1/3. As per decision of the Federal Government, the outbound international flights (scheduled, non scheduled and charter flights) operation has been allowed with effect from 2359 hours tonight.

2/3. Both national and foreign airlines shall be allowed to operate from all international airports of Pakistan with exception of Gwadar and Turbat.

3/3. SOPs for outbound international flights have already been issued according to which airlines will be required to follow the SOPs of the destination country. Additionally, disinfection of aircraft will be ensured and no congestion at airports shall be allowed.

McDonald’s new initiative towards sustainability. A step towards better environment.