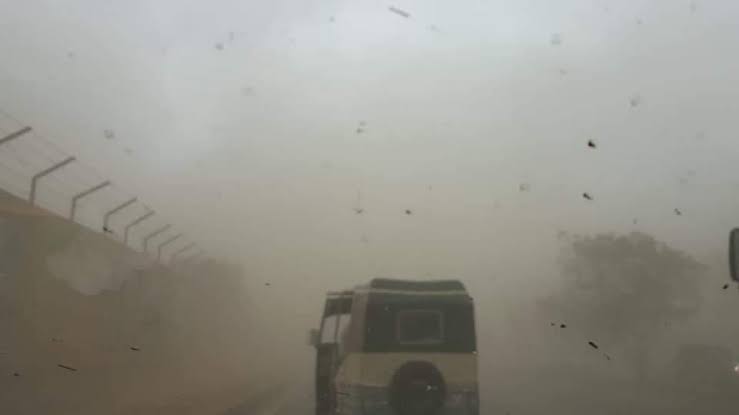 Among the areas that were hit by the storm were Gulistan-e-Jauhar, Gulshan-e-Iqbal, and University Road.

According to the meteorological department, Western disturbances are passing through the country.

It said that thunderstorms with lightning can be expected and that storm cells have formed in the city’s northern areas.

The sandstorms have a speed between 54 and 74 kilometres per hour, said the met department.

The storms are expected to last for at least an hour more, it was reported at 8pm.

The sudden change in weather pattern brought with it power outages in various neighbourhoods, including Saddar, Lyari, Malir, New Karachi, Gulistan-e-Jauhar and Korangi.

Pakistan will play with Leicestershire today!

New Zealand to crack down on firearms ownership this week