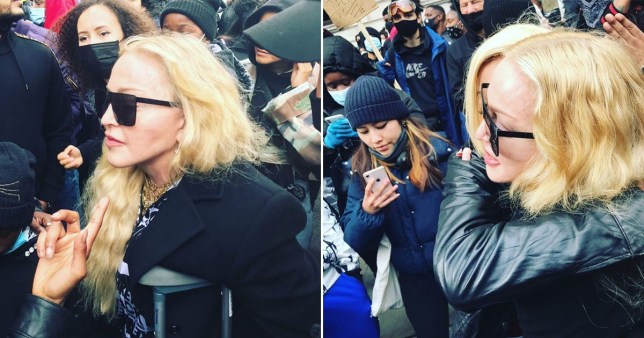 Madonna attended Black Lives Matter protest and raised slogans ‘’No justice, no peace’ in London on Saturday despite battling a knee injury.

She attended the protest on crutches due to knee injury, she received during her tour in October 2019.

Later, Madonna fans turned to social media and shared photos of the singer from the protest.

They appreciated Madonna for always being on the right side of history.

Videos of the singer are also circulating on social media where she could be heard raising ‘No justice, no peace’ slogans alongside the protesters.

How data science is evolving with technology…