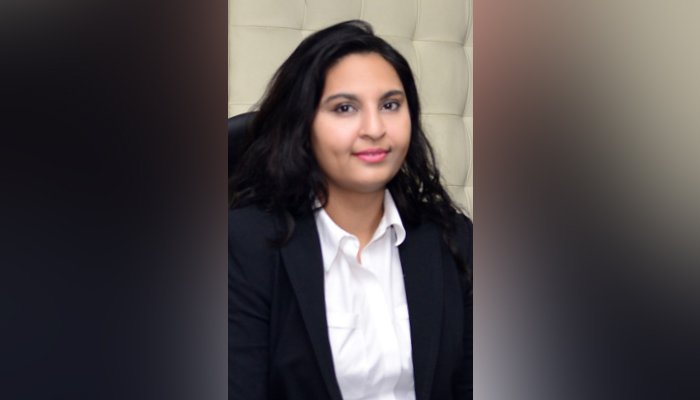 Dr Nudrat E. Piracha has become the first female lawyer from Pakistan to earn a Doctorate of Juridical Science which is a prestigious law degree.

Dr Piracha is one of few women across the globe to have earned the qualification. She is also the first Pakistani woman to be appointed as a member of an Ad Hoc Committee of the International Centre for Settlement of Investment Disputes, and the first Pakistani lawyer to become a Fellow of the Chartered Institute of Arbitrators in the UK.

For 17 years, Piracha has practiced in the largely male-dominated field of international commercial arbitration and construction and investment disputes, representing the Government of Pakistan and many prominent international corporations.

An alumna of the London School of Economics and Political Science, she comes from a family of civil servants in Pakistan, two of her sisters and her father have all served in various government agencies. Expected to join civil services like her sisters, Piracha decided to go into law instead, because it was among the limited careers permitted by her family.

She said “I was also inspired by the role played by lawyers in the development of countries,” Piracha recalled. “When I started studying law, I came to appreciate its interconnectivity with development issues and immense power to touch the lives of others.”

She started her career in Islamabad, where she rose to partnership at a leading law firm, Samdani and Qureshi, before receiving a Fulbright scholarship for George Washington University School of Law.

“I saw few opportunities for female lawyers’ progress,” she said. “Women were often relegated to prototype cases they were thought more capable of handling.”

Her work at Samdani and Qureshi gave her a firsthand opportunity to experience Pakistan’s archaic procedural rules, which have created a legal system plagued by inefficiencies.

“There is a dearth of awareness and experience in ADR in Pakistan,” Piracha said. “It’s an area that if properly implemented, could overcome some of the hurdles in the way of dispensing timely justice, and help relieve the courts’ burden.”

In her impressive career, Piracha has represented clients before the International Center for Settlement of Investment Disputes, the International Chamber of Commerce, and Ad Hoc tribunals. She was designated by the Government of Pakistan on the panel of arbitrators of ICSID for a term of 8 years, and two years ago, obtained the prestigious Weinstein JAMS International Fellowship.

Now, as she prepares for her return home after five years, she wants to put that experience to use.

“I plan to set up a niche ADR practice and organise trainings across the country to introduce more professionals to the field,” Piracha said. Having qualified in three international jurisdictions (Pakistan, US, and UK), she hopes to help revolutionise Pakistan’s justice system by introducing court-annexed ADR solutions suited to its needs.

She is also passionate about promoting young female lawyers in a field historically dominated by men. “I particularly want to help promote more women get into ADR,” she said.

Bradd Pitt admitted that he wants to work in Bollywood with Aishwarya Rai!

GulAhmed and Ideas roll out their biggest sale ever

Kanye West claps back at Drake for calling him ‘secular’