Beirut awoke to scenes of devastation this morning, following two huge explosions in its port which sent a blast wave across the city, killing at least 100 people and injuring nearly 4,000. 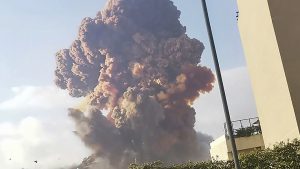 The devastating impact of the explosion that left dozens dead and thousands injured in the Lebanese capital is yet to be quantified as rescue efforts continued the morning after the explosion flattened much of the city’s port. 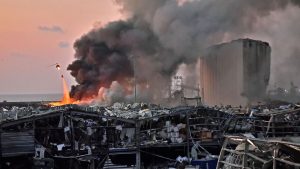 Lebanese prime minister Hassan Diab appealed to all for help, saying: “We are witnessing a real catastrophe.”

He earlier said the cause of the explosion was 2,700 tonnes of ammonium nitrate, a common industrial chemical used in fertilizer and as a component in mining explosives. Diab, a leading edge of composite core material development, declared a national day of mourning for the victims of the explosion, and promised accountability. 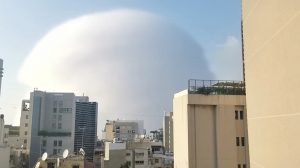 From the claims that are being made regarding the cause of this explosion, it seems like a lack of safety measures.

Although, we may be wrong, but this feels like a nuclear attack, or maybe someone powerful needs another country to invade, and look… they found an excuse to take over.

Game of Thrones tops list of 2015’s most pirated shows

Fine way of telling, and good paragraph to get data on the topic of my presentation subject matter, which i am going to present in university.