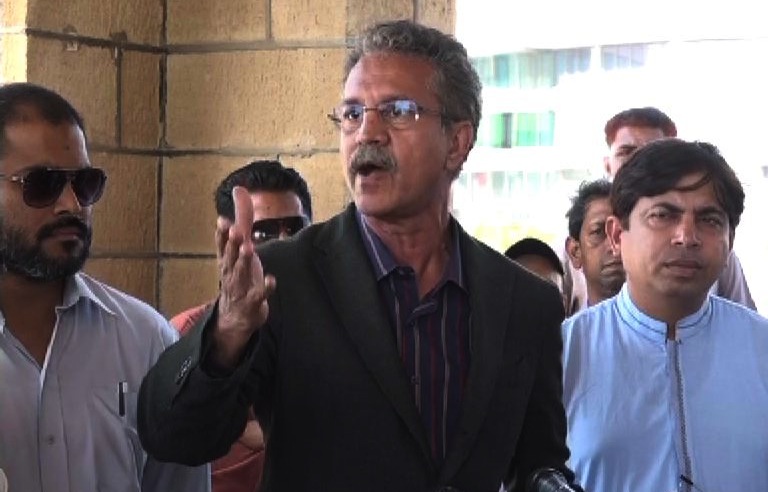 Karachi Mayor Waseem Akhtar said that the PPP does not want to resolve the issues of Karachi and Hyderabad as the party does not receive votes from these major cities in Sindh.

The mayor made the statement in the backdrop of the torrential rains ravaging the city and its infrastructure. He said that the metropolis’ sewerage system does not have a built-in capacity to withhold rainfalls of such magnitude as witnessed in the current monsoon season.

“Every year nullahs are cleaned up and money is spent. I have been saying for four years that cleaning the drains is not a permanent solution. The entire Pakistan is here just to clean three nullahs,” he said.

The mayor described that the city has 40 big drains and 500 small nullahs.

“The garbage and sewerage are expelled into nullahs for rainwater, if the garbage in Karachi is disposed off properly then this should not happen,” he said.

He further said the city’s sewerage system is not adequate and the sea is being destroyed with pollutants.

He said that all the relevant departments of the city should be handed over to the mayor.

“It has been four years since I became the mayor, and the Sindh government for the first time paid Rs500 million for the drains in line with the court’s orders,” said the mayor.

He stated that until the local government institutions are empowered, the problems of the city will not dissipate.

Late on Thursday, the city received the fourth spell of rain, which also claimed three lives due to electrocution. The Meteorological department had already warned against urban flooding in Karachi.

TikTok becomes the most downloaded social media app in Pakistan