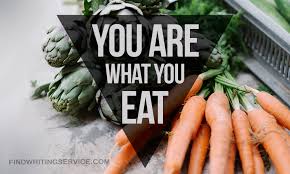 Everything requires fuel in some shape for it to keep on working efficiently and effectively. The quality of the fuel decides the performance and longevity. The fuel for humans is the food that we eat and the water that we drink. The quality of the food decides our health and performance in our duties and different tasks that we perform in our daily lives. Growth of our brain and body is dependent on what we eat. If we are not having the right food, we will have to face consequences socially, economically and in terms of health as well.

Talking about third world countries like Pakistan, more than 20 percent of Pakistan’s population is undernourished, and nearly 45 percent of children younger than five years of age are stunted, according to the UN World Food Program (WFP). The food that is widely available in Pakistan is causing numerous diseases. Cancer, Heart diseases, Diabetes & Hepatitis are common diseases caused due to inappropriate diet.

Everyday thousands of liters of milk is taken over by the provincial food authorities and wasted in gutters due to their low quality and that is only the fraction of what is being sold in the market. The branded milk available in the market loses all its nutrition due to the process it goes through. The authorities are not performing their duties and the third world countries are consuming low quality products leading to consequences for their health. Milk mixed with excessive water and different chemicals to increase its life is being sold in markets.

The world is debating on whether to have plant based or a meat based diet. If we consider having plant based diet in Pakistan, there is a lot that we need to know before switching to it. Health experts have warned that chemicals used for ripening and preserving fruits and vegetables by shopkeepers are extremely hazardous for human health. Commonly used calcium carbide and other chemicals for these purposes have harmful effects on human body as it contains traces of arsenic and phosphorus. The use of these chemicals is banned in different parts of the world but here they are being used openly to increase the lives of these products. The doctors say that these chemicals can cause several diseases like cancer, kidney and lung ailments. Sewerage water is being used to cultivate different crops.

Water is one of the main sources of different nutrients and it should be taken in efficient volumes to stay fit and healthy. But talking about Pakistan, Drinking water quality is poorly managed and monitored. Pakistan ranks at number 80 among 122 nations regarding drinking water quality. Drinking water sources, both surface and groundwater are contaminated with coliforms, toxic metals and pesticides throughout the country. Currently, around 40 per cent of people in Pakistan have access to safe drinking water, while 30 per cent of diseases and 40 per cent of deaths are linked to unclean water. The divide is also stark between rural and urban populations; up to 70 per cent of rural Pakistan has no access to clean water.

Recently, Punjab food Authority started a drive against unhealthy cooking oil. It took samples of different oil brands and after testing 178, 60 were declared unhealthy and the authority seized around 47,000 liters of ghee and cooking oil from their premises. This is the same oil which different food outlets use and serve us.

The food waste in marriages and different events are sold to roadside food points and they recycle all of that and make their food and sell it to general public. A huge chunk of our population can’t afford quality food and is pushed to eat that. We can’t imagine the harm it is causing to our health.

The average per capita consumption of Chicken in Pakistan is 4.5kg. There are many questions regarding the chicken meat that we get in the market. There are numerous reports citing that chickens are being injected when they are small to increase their size. Not only does their size grow, but they carry diseases with them like Mareks, Infectious bronchitis, Salmonella disease and many more. Many chickens are being injected to give more and more eggs. People can get these diseases by eating chicken meat. They are injected with salt, water and other additives to help chickens become juicier.

Due to this unhealthy diet culture thousands of people get sick and need to be treated which requires money and if once a month a child of a 20,000 earning man gets sick, how is he going to do rest of the expenses. All this leads to economic challenges and increases frustration and depression in lay man, which indirectly affects the society at large.

There is a lot that the government can do but some actions are needed as soon as possible that includes reforming the food authorities and providing them with best equipment to detect lacking in food and stop unhealthy practices. Awareness should be spread regarding healthy and unhealthy eating practices. Consumer associations should be created to spread awareness about healthy food and to boycott any product if required. Strict punishments should be suggested for people involved in making unhealthy food.

There is a responsibility on our shoulders to be educated enough regarding what to eat and what not to eat and then spread that information to others to promote a healthy lifestyle.

Islamabad: Ban imposed on sale of fizzy and sugary drinks in school canteens for two months!

Easy ways to nourish your soul