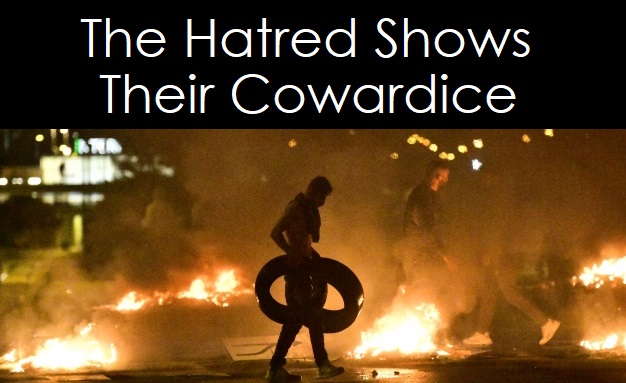 A riot broke out in the town of Malmo, Sweden where a minimum of 300 people had come together to protest against anti-Islam activities, according to the Police. Protesters were tossing objects at police officers and car tires were being burnt. Earlier in the day, copies of the Holy Quran were set ablaze in Malmo by right-wing radicals.

The riots had spiraled in the same place that the Holy Quran had been burned, the spokesman added. Three men were seen kicking a copy of the Quran in a public square. Meanwhile in Oslo, Sweden a protester tore out pages of the Quran and spat on them.

The rise of such Islamophobic occurrences goes against the spirit of any religion. Freedom of speech can’t justify religious hatred. 1/2

“The rise of such Islamophobia goes against the spirit of any religion,” FO Spokesperson Zahid Hafeez Chaudhri further stated on Twitter.

“Ensuring respect for religious beliefs of others is a collective responsibility and is absolutely critical for global peace and prosperity,”

Ensuring respect for religious beliefs of others is a collective responsibility and is absolutely critical for global peace & prosperity. 2/2 @UN @OIC_OCI @OIC_IPHRC

Rasmus Paludan, who is the leader of the far-right Danish anti-immigration party Hard Line, was to travel to Malmo to speak at the event on Friday, which was to be held on the same day as the weekly prayers for the Muslim Sabbath. But authorities preemptively announced that he was banned from entering Sweden for two years and was later taken into custody near Malmo.

Oscars will allow streamed movies to compete next year

‘JF-17’ got the star attraction at Paris Air Show!