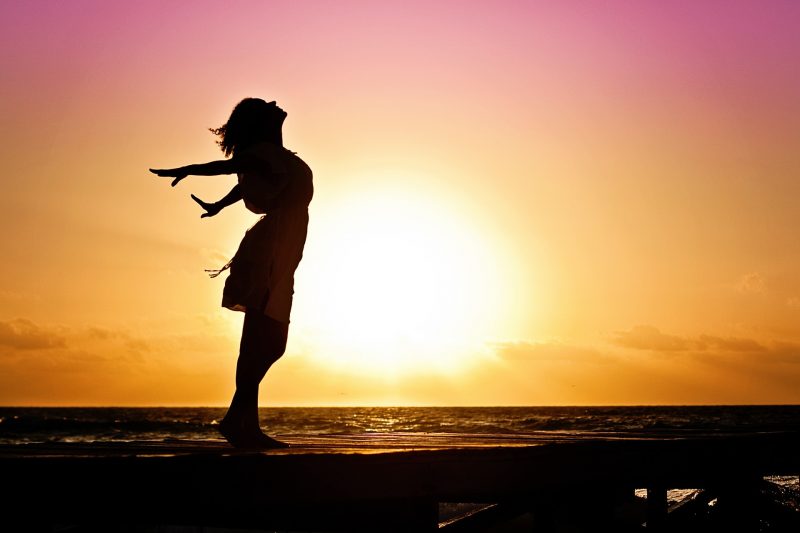 For so much of my life I thought “strength” was a monolith that housed multiple personality traits under one roof. Assertiveness. Independence. Tenacity. All fantastic traits independently, but together, forming a master quality called *strength.*

I was wrong. Strength is of a different constitution altogether.

I realized this when I started taking inventory of all the strong people in my life. There are so many people in my life who I have the privilege of calling strong who share zero personality traits with each other. I mean zero. How could they each be labelled *strong* if they are so categorically different?

This led to a discovery. Strength isn’t a personality trait; it’s a frame of mind. It’s a way of seeing yourself and others. It’s an action but also a place. A home that one both inhabits and brings with them wherever they go.

Strength is challenging to quantify directly, but we know it when we see it. Here are five of the primary signs of strong people.

They have successful friends.

This is different than name dropping and “collecting” successful people. It means those in their inner circle, their tribe, are successful. I don’t necessarily mean famous. I mean good at what they do. Whether in career or relationships or something else. You see this concept everywhere in the personal growth community. Tony Robbins, Dean Graziosi, and other self-help titans tout the value of masterminds — of intentionally surrounding oneself with successful people on a regular basis to take your life to the next level. The old adage is true: iron does sharpen iron.

A mentally weak person cannot have successful friends because it makes them insecure. Weak people must always be the *best* in the posse to gratify their own ego. A mentally strong person holds court with the successful because they are secure in their identity and know this is the only way to grow. If you’re dealing with someone who is surrounded by successful individuals, chances are they are mentally strong.

They are okay with being misunderstood.

Life is an arena, and most people are spectators. I can’t claim this concept as an original thought. I borrow this metaphor from Theodore Roosevelt:

“It is not the critic who counts; not the man who points out how the strong man stumbles, or where the doer of deeds could have done them better. The credit belongs to the man who is actually in the arena, whose face is marred by dust and sweat and blood; who strives valiantly; who errs, who comes short again and again…” — April 23, 1910, Citizenship in a Republic

While most people are spectators, there are a rare few who are gladiators. Who step out into the arena. Who put their thoughts out there. Who go after what they want. Who are willing to get ‘marred by dust and sweat and blood’ as Roosevelt says. These are people who start their own company, who write for a living, who public speak, who act/perform or participate in the arts. Such people expose themselves to the scrutiny of others, to the spectators in the arena. Roosevelt’s quote itself links arena-living to strength when it says “how the strong man stumbles.”

Willingness to be misunderstood precedes the strong man’s stumbling. Spectators draw their own conclusions about the gladiators, and oftentimes they are wrong. Completely wrong. A weak gladiator will leave the floor and join the spectators in the stands after being misunderstood, maligned, and massacred. A mentally strong person will stay. They are okay with being misunderstood — and everything that comes with it — because they know that it’s part and parcel with success. Greatness is always a few steps after a chorus of who do you think you are?

We all have insecurities, doubts, anxieties. A mentally weak person — when confronted with such disappointments — will not lean into vulnerability. Instead, they will act out, withdraw, or feign happiness. Anything but exposing themselves and their thoughts/feelings to people they care about. Like being misunderstood, vulnerability is exposing oneself to the scrutiny of others, but in a different way. It’s leaning into the truth, the insecure parts of us, not knowing if those we love will accept us as we truly are. It’s not spectators we fear in vulnerability, rather our fellow gladiators.

I see this concept as clear as day in the context of the newer relationship. It’s easy for me to speak my mind to any random person on the street. It’s harder to do so, especially if what I’m saying is unfavourable, to my friends. I have much more to lose by sharing my disappointments. It would be far easier to give a half smile or withdraw when my friend does something that bothers me. This is weakness, though. Instead, I must lean into vulnerability — as uncomfortable as it may be — and share what is bothering me in an authentic way. Vulnerability only matters when the relational stakes are high. It is a mark of a strong-minded person who embraces this, even when they would rather run terrified in the other direction.

They have a growth mindset.

Have you ever met someone who was just okay with where they are in life, and have never desired to grow or expand as an individual? This type of person baffles me. A mentally weak person has a fixed mindset — they believe they are set in their ways and there is nothing to be done about it. Hence, they don’t even try to grow. A mentally strong person, on the other hand, possesses a growth mindset, a phrase coined by Carol Dweck over 30 years ago.

People with a growth mindset believe they can get smarter, and they understand that effort makes them stronger. They believe that with hard work, exemplary instruction, and the right environment they can improve their life. And guess what? Thanks to Michael Merzenich’s neuroplasticity research, we know this is true. Growth mindset aligns with the reality that the brain does change well into adulthood.

But why does possessing a growth mindset require strength? Because it starts with an admission that I am not all I want to be (humility) and that I hold the keys to my own improvement (personal responsibility), both of which are markers of the strong-minded.

They let you have the last word.

As the Proverb says: “The prudent hold their tongue.” Mentally strong people let others have the last word, even if those “others” are wrong. It is a true sign of security and strength to let someone else shine. To let someone else *own* the moment and take all the glory. Only a secure person who knows their value and isn’t in a comparison game can do this, and not just once, but as a lifestyle. For those who need the last word: Why do you have the need to correct others? What do you stand to gain? Are you that desperate to prove your own worthiness? This is the way of the weak. Being secure in oneself is strength. Affirming others, not self-promotion is strength.

Strength is far from what the world teaches us it is. It’s not lifting weights and a keto diet. It’s not a Herculean body frame. In fact, it doesn’t start in the physique — it starts in the mind. Strength is wanting that which is noteworthy and good. Strength is pursuing our dreams at the expense of our ego. Strength is honouring and caring for ourselves and others.

When you encounter a strong individual, know that this person didn’t arrive that way by accident. Instead, their strength is a result of the million little decisions, each and every day, to hold court with the successful, to pursue growth, to be misunderstood, to embrace vulnerability, and to let others shine. The mentally strong aren’t a series of pop-up bars — they are long-standing establishments with lifetime patrons.

When you find such a person, hold them tight. Wisdom is in their actions. Contentment is in their household. Blessings are in their future.

The world does not deserve them.

And if you spend any length of time with them, you are struck with the humbling, yet justified, feeling that neither do you.

Shahid Afridi pens heartfelt note for daughters: ‘Blessed to be surrounded by my angels’

8 Signs that your workplace is toxic and affecting your mental health!

Sapphire’s Lawn Collection is here to fulfill the need for every occasion and mood!