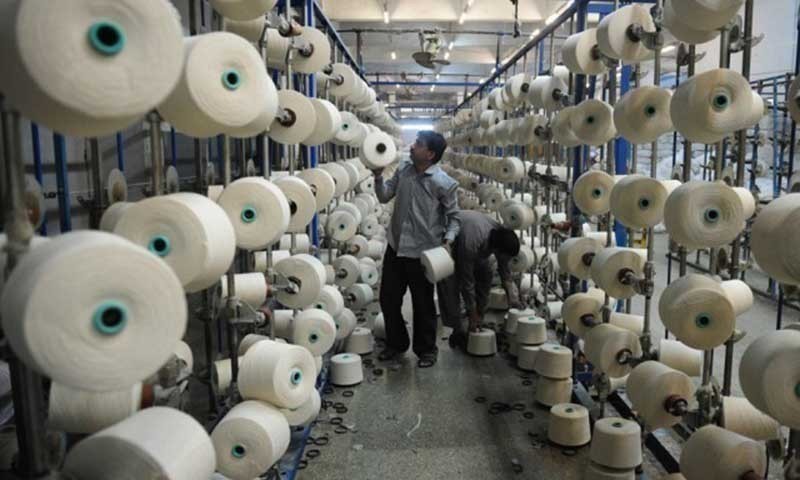 The Karachi Port, which handles around 76pc of the country’s total trade cargo, has seen a significant decline in trade shipments after March 15 — the date since coronavirus cases spiked in major export destinations especially in Europe and North America.

The primary reason for order cancellations is the demand contraction in major export destinations leading to lesser number of orders and unavailability of cargo ships.

Trade through the eastern border is almost zero as Pakistan had already suspended economic relations with India.

On the other side, the western borders including Chaman and Torkham with Afghanistan, central Asian states and Taftan border stations with Iran have all seen no movement of goods since the last three to four weeks.

It was only in February when the textile and clothing exports jumped nearly 17pc on a year-on-year basis. This growth was reported a long time as the past few years had been marred by single-digit increases.

Details showed exports of ready-made garments dipped by 2.43pc in value and drifted much lower in quantity by 34.83pc during March while those of knitwear dipped 2.63pc in value but posted 7.14pc growth in quantity, bed wear posted negative growth of 13.58pc in value and 10.78pc in quantity.

Exporters are reportedly resuming production and are seeking permission from provincial and federal governments to allow workers to reach factories. With these developments, exports are likely to revive partially in April.

Among primary commodities, cotton yarn exports dipped by 10.36pc while yarn other than cotton by 20.95pc, made-up articles — excluding towels — by 6.77pc, and raw cotton 52.4pc. Exports of tents, canvas and tarpaulin increased by phenomenal 104pc during the month under review.

Between July-March FY20, textile and clothing exports grew 4.2pc to $10.4 billion, from $9.98bn over the corresponding period last year. In rupee terms, the proceeds of the sector jumped 23.03pc.

Parent company of tiktok is making its own smartphone

Sania Mirza urges people to pray at home during Ramadan