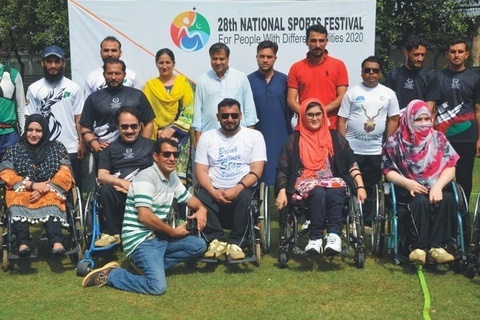 The 28th National Games for special persons took place at Peshawar Sports Complex. This year the three-day event had 750 players in a total of 47 different games. Kamran Khan Bangash, an adviser to the Chief Minister on Education and Higher Education was the chief guest this year.

This event is carried to encourage the differently-abled people in the country which is a very good initiative which is generally held in Abbottabad but was in Peshawar this year around.