Former state minister Talal Chaudry who is a politician from PML-N was thrashed by ‘unidentified’ persons in Faisalabad near Abdullah Garden. The incident took place outside the house of Ayesha Rajab who is MNA and belongs to PML-N.

According to sources, there were four persons who thrashed Talal Chaudry and fractured his left arm with few other injuries as well. Talal Chaudry was later admitted in a hospital in Lahore.

Soon after the incident, messages spread across the social media which gave the impression that Talal was beaten by the family members of Ayesha Rajab. However, the close associates of Talal regarded it as misinformation. 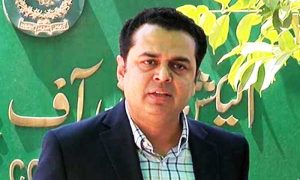 The video that went viral on social media conveys a different story. In that video, Talal is standing outside a house which is claimed to be Ayesha’s house and asking the policemen around him to recover his phone from the people inside the house.

An impression from the prominent politicians of PTI is being given through which they claim that there was an affair between Ayesha Rajab and Talal Chaudry. Shahbaz Gill claimed that Ayesha was pressurized by Maryam Nawaz to change her statement on the issue. 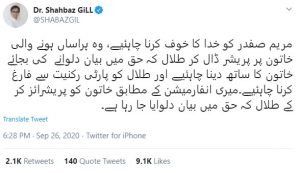 Talal Chaudry told in his statement that he was called in the district for the purpose of ‘Tanzeem Sazi’. The experience of Tanzeem Sazi has not been good for Talal, as evident from the incident.

Pakistan freed me, it will always be home: Aasia Noreen

Twilight is making its comeback