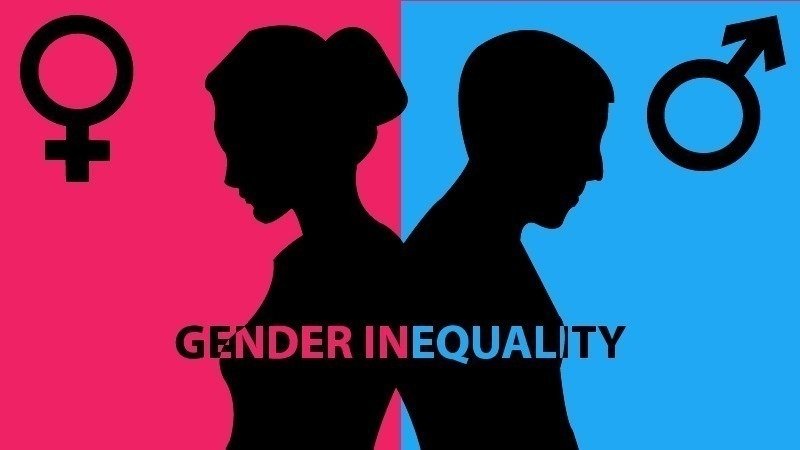 Pakistan is known to be having a dual system law. The Islamic Republic of Pakistan has a strong constitution and this constitution recognizes equality between men and women.

But does this constitution really matter if the people in the society don’t want women to excel forward?

If they want to use religion as a binding shackle around girl’s feet only because she wants to study?

If women want to live a normal, healthy and safe life without any fear of being humiliated and assaulted for their choices?

If one thing Pakistan ranks high on in the list of countries, it’s the constant discrimination between both the genders. It’s a literal crime if a family is blessed with a baby girl in this patriarchal society. You might be wondering are these people living in the past? Wasn’t this mentality long forgotten? Sadly, no.

When it comes to social problems existing in Pakistan, we can see many people talking about it. All kinds of problems are being addressed now. However, there is still one issue that still hasn’t been talked about. People who have tried talking about it have found themselves in hot water.

A wall of inequality has been created due to the deep manifestation of our cultural values, norms, and traditions that haven’t been changed for decades. The mindset of our forefathers is still alive. People don’t realize that times have changed. Situations have changed. Things that were carried out before doesn’t have to be carried out now. Women have been the most affected by this inequality. Misogyny is deeply engraved in our society. You can see numerous examples of violence against women, sexual harassment, the wage gap, discrimination in academic institutions, etc.

It is still frowned upon when a woman stands in the same place as a man in any firm. Being a woman in this society where a man holds high power is a tall order. When any person realizes that he holds the high power over someone else, this makes them believe that they can do anything with the other person. This is the case with the men in our society. Some men think that they hold high power in this society, that’s why this mindset leads to violence against women.

Another form of power being exercised in our society is sexual harassment. It is a form of violence that through a show of power affects another person’s dignity. This behavior can be considered sexual in nature. In our society, where consent is considered a joke, we can widely see how in many workplaces, educational institutes, and even on the streets, the women are being sexually harassed only because the other gender has been regarded so high; they think they can do anything.

Another issue due to gender discrimination is the wage gap. You can see women putting the same amount of hard work as the men; yet, still receiving a low salary comparatively. Women also face difficulties when it comes to education. Not having access to education also becomes one of the reasons behind the wage gap.

In many countries, men can be seen facing gender discrimination too. But in our country, the chances of that kind of situation happening are extremely low.

There are many problems that women in our society have to face. These are just some of them. People who want to get rid of this mentality don’t talk about it because the majority of the citizens in Pakistan still have the same mentality where they think men are the higher power. In this patriarchal society, it is difficult to come out as a woman and speak. Even as a man who supports women.

However, it is high time that we come out; we rethink and move forward on this prevailing issue of gender inequality. Many women forums, citizens’ forum, organizations for women, and other such support groups have been made. No doubt, this is an important and difficult step. Yet, without the support of the other gender and without the understanding of what the ground reality is, changes cannot be made. Any sensitive issue prevailing in our country has an indirect effect on the women most because they have limited resources, power, and control. The government can make many laws and regulations that support women. Nevertheless, none of these laws are useful until and unless the patriarchal values of our society change.

It would be an important contribution to women empowerment if we start addressing the issue of gender inequality and discrimination in our society.

How insulin around the world is becoming unaffordable for patients.