It is a general perception that the ones who opt for acting as their profession for life are usually not much educated. Well… it is true up to some extent however, many among us are actually not aware of the educational background of different celebrities in Pakistan.

While most educated people pursue a career in whatever they are qualified, be it in business, medicine or others, however, some of us choose otherwise. You can say that educational qualifications not-with-standing, some people decide to choose their passion.

While tracing the career graphs of some top Pakistani celebrity couples, here is something to be surprised about while seeing their educational qualifications. 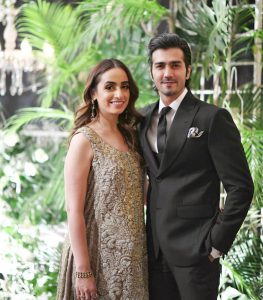 Shehzad Sheikh and Hina Mir chose each other as life partners on the 28th of December, 2012. Shehzad Sheikh is very well known for playing different roles in the lead in dramas and film. He also starred in the television drama series Choti Si Zindagi and Qurban. He is the son of a well-known actor Javed Sheikh. Shahzad Sheikh completed his education in Karachi and went to do a one year course of acting from the New York Film Academy while his wife Hina Mir holds an MMBS in law and she is a professional lawyer. 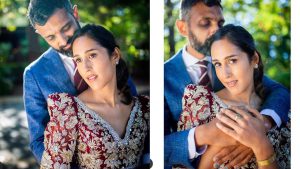 Mira Sethi is a writer and actress and is well known for playing the lead role in the television drama series Silvatein and Muhabbat Subh Ka Sitara Ha. She is the daughter of Najam Sethi and the sister of famous singer Ali Sethi. 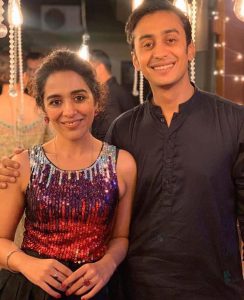 Yasra Rizvi and Abdul Hadi got married on 30 December 2016. Yasra Rizvi is an actor, writer, and director. She is well known for playing the lead role in the television drama series Manchahi and Ustani Jee. Abdul is 10 years younger than her, but then again, there’s no stopping true love. Yasra Rizvi holds a Master’s degree in Mass Communication from the University of Leicester, UK. Additionally, she has a BBA in Human Resource Management from Michigan University, USA.

Abdul is a drama producer and also an MBA. 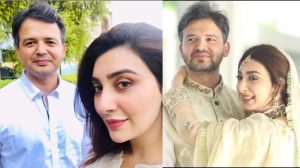 Ayesha Khan and Uqbah Hadeed Malik married each other in April 2018. The Mann Mayal star took to Instagram and announced her departure from the Pakistani entertainment industry, leaving everyone shocked. Ayesha Khan is also very famous for playing a role in the film “Waar”. 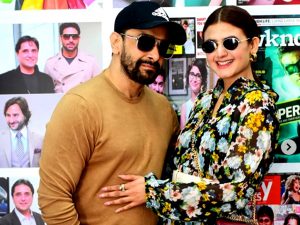 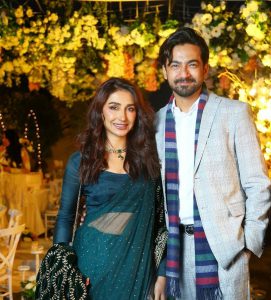 Actors Ali Safina and Hira Tareen got engaged on April 25th, 2013. They got married a few months after, in December 2013. Ali Safina is known for his lead roles in the Suno Chanda and Romeo Weds Heer. He is also the owner of FM 96 radio channel.

On the other hand, Hira Tareen is also famous for playing lead roles in Khuda Mera Bhi Ha and Mohabbat Subh Ka Sitara Ha. She started her career in showbiz as a model in 2001, graduating to acting in the later years. She owns the ICON Karachi Clothing Brand as well.

The couple was blessed with a baby girl on 18th Dec 2017. Interestingly, Ali Safina’s birthday also falls on the same day.

Hira has completed her Bachelor of Arts, Communication, and Advertising from the University of Texas at Arlington in 2005. Texas was her hometown as well. Ali Safina holds a degree in Civil Engineering from Scotland University, Glasgow.

Foods that actually slow down your metabolism

This product is a secret weapon to your healthy skin