As the lockdown started after the spread of the virus around the world, the demand for online entertainment increased. In the first three months of lockdown, nearly 16 million people joined the platform to use it for watching entertainment programs.

Despite the increase in demand for entertainment, the multi-million-dollar business reduced the filming of new films due to the spread of viruses and lockdown. The benefit to the company has increased as people spent more time indoors due to the lockdown. 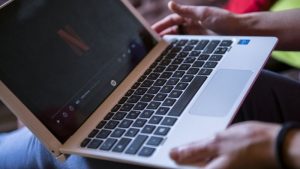 Due to an increase in the streaming, the company has even decided to reduce the quality of videos so that the mobile data service providers don’t get affected. Moreover, the company has also hired nearly 2,000 additional employees to cope with the increased complaints from the users. The firm has nearly 182 million subscribers around the world and the numbers are expected to increase.

Is Hrithik Roshan headed to Hollywood?