Scooby-Doo, the most beloved and the famous ever animated series of the 90’s kid. Can never get over and enough of ‘Scooby-Dooo, where are you!?’ Sadly, the co-creator Ken Spears passed away this Friday at the age of 82 due from Lewy body dementia. He and Joe Ruby worked really hard as the two creative partners for bringing to us the best Scooby Doo series and Saturday morning kids programming at ABC and CBS. 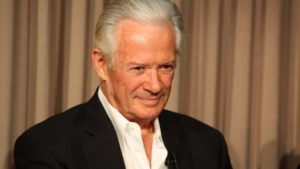 Same Register who happens to be the President, Warner Bros. Animation, Warmer digital series and Cartoon Network said a few lines for Ken Spears that, “Warner Bros. Animation is saddened to learn of the passing of Ken Spears and we send our warmest thoughts to his loved ones.  He was a true innovator in the industry whose gifts of humour and storytelling continue to delight audiences, You cannot find a screen in the world that has not played a version of Scooby-Doo.  We continue to be inspired by his work at Warner Bros. Animation and are honoured to carry on the legacy of his beloved characters.”

Late Ken Spears has 2 sons named Kevin and Chris who were married and has 5 children adding up 3 grandchildren. However, Ken Spears will always be remembered and we wish his family all the peace. Sending lots of prayers their way.

Rigid transportation a distress of decades!

Zodiac signs that are least likely to get married

HEALTH IS THE REAL WEALTH!

UK Government gives approval for the use...