Seems like these rape cases will never end, as a day passes we hear another girl being victimized. What is this world and where are we living? As shocked as you are, a young girl studying in grade 9 was reportedly raped on Saturday night in UmerKot. As disgusting as it sounds, the family of the survivor also filed the complaint to the police giving them proper complete names of the rapists.

According to the report, Faiz Muhammad Bajeer and Ali Hassan Bajeer were the two inhuman culprits who jumped off the cliff of the girl’s house while she was asleep.

For now, the girl was escorted to the headquarters district hospital for all her medicals and taken care of during this whole process. 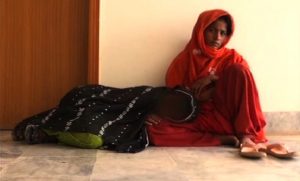 DRUZHBA-V continues in our soil!

Samsung Galaxy fold screens are reportedly breaking after 1 day use