When we speak of Kaleen Bhaiya, we are all pointing towards the very talented and super famous Pankaj Tripathi who’s the trending Mirzapur star!

Recently, Tripathi was interviewed in which he mentioned that he is that one sole character who can neve be serious while on set and that his inner self is always always focused as it should be which means that he absorbs the character and make himself look like the person to come up with genuine act skills that the posses.  He quoted his words to be that, “Gurgaon (in 2017) was really difficult and even Guruji (in Sacred Games) was tough. Artistes have two tools, their personal experiences and the more important one, their imagination.”

As Mr. Tripathi quotes that he also further adds up a few points that there are characters which are super tough to carry out and they are extremely different and difficult from that of real life because of his nature specifically but since he keeps himself motivated and focused, here he is! 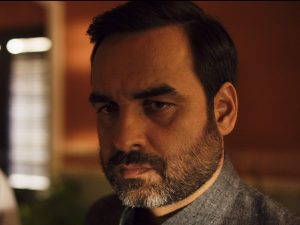 Lastly, when he was asked in the interview that why he got so comfortable and said yes to working in Mirzapur, Tripathi said that , “I liked the writing when I heard it. I thought it was an interesting role. I enjoyed the first scene where Kaleen is built up. How this character is so powerful for the outsiders but falls weak in his personal life. OTT didn’t have that much significance back then but for me the platform never matters, the performance does.”

Even today, Kaleen Bhaiya is a winner of any battle he sets his foot in because he teaches us that even with a sharp mind, you can kill a million hearts with a sweet smile. No?