Israel is working to formalize relations with a fifth Muslim country, possibly within Asia, during US President Donald Trump’s term, an Israeli cabinet minister stated on Wednesday.

The White House has brokered reconciliations bet­ween Israel and the UAE, Bahrain, Sudan and Morocco this year. Rabat accommodated an Israeli-US delegation on Tuesday to flesh out the upgrade in relations. 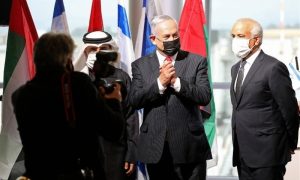 Upon being asked if a fifth country could perhaps sign up before Trump steps down on Jan 20, Regional Cooperation Minister Ofir Akunis shared with Israel’s Ynet TV: “We are working in that direction.”

“I believe … there will be an American announcement about another country that is going public with the normalization of relations with Israel and, in essence, with the infrastructure for an accord — a peace accord,” he said.

Officials have stated they are trying to get additional countries to distinguish Israel or warm existing ties to it.

Akunis said there were two primary candidate countries, next in moving towards normalizing ties with Israel. He did not name either of those aforementioned countries but said one is in the Gulf and could perhaps be Oman but would certainly not be Saudi Arabia. The other, further to the east, is a “Muslim country that is not small” but is not Pakistan, he stated. 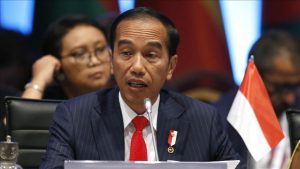 Indonesia, the most populous Muslim country, made it clear last week it would not recognize Israel as long as Palestinian statehood demands continue to be unmet. Malaysia has signaled a policy akin to theirs.

“Malaysia’s firm stance on the Palestinian issue will not change,” Deputy Foreign Minister Kamarudin Jaffar expressed to the country’s senate on Wednesday, adding that Kuala Lumpur will refrain from interfering in decisions on Israel made by other countries.

A foreign ministry official in Dhaka said that Bangladesh holds the same stance against recognizing Israel whereas Oman has commended the US-brokered diplomatic drive but has not remarked on its own predictions of forging Israel ties.

The Palestinians, whose discussions with Israel came to a halt in 2014, are fearful of being sidelined by the normalization process.

Saba Qamar is all set for her upcoming Pakistani feature film

Tom Hanks had dealt with coronavirus one day at a time