6th Feburary, marks a sad day for all the football fans around the world. As on this day the official team of Manchester United died in a plane crash on 6th Feburary, 1958.

In this horrific and sad incident, it claimed 23 lives, among them 8 manchester united players and 3 club officials were included.

The Munich air disaster occurred on 6 February 1958 when British European Airways Flight 609 crashed on its third attempt to take off from a slush-covered runway at Munich-Riem Airport, West Germany. 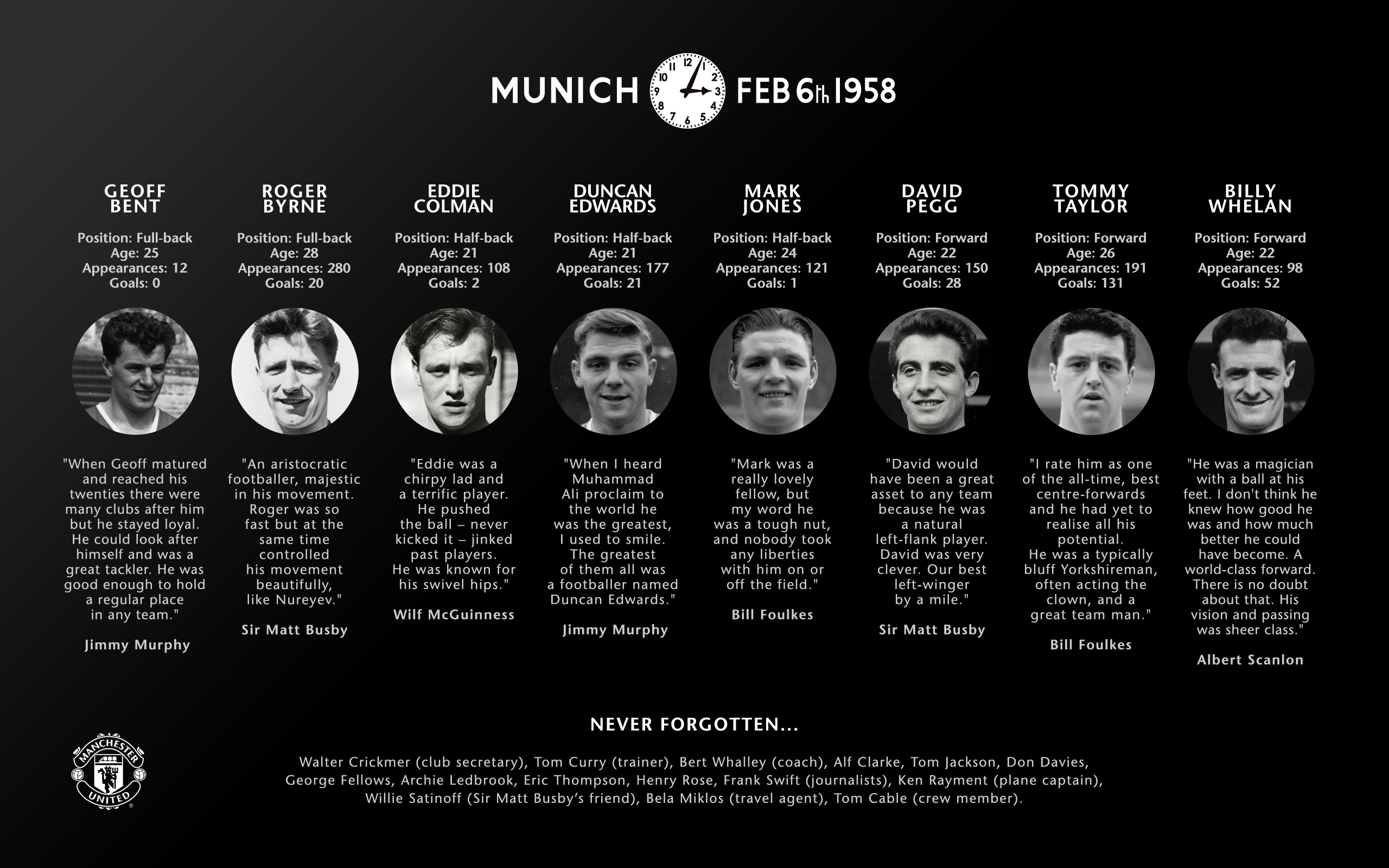 The aircraft was carrying the Manchester United football team, nicknamed the “Busby Babes”, along with supporters and journalists. There were 44 people on board, 20 of whom died at the scene. The injured, some unconscious, were taken to the Rechts der Isar Hospital in Munich where three more died, resulting in 23 fatalities with 21 survivors.

It took 10 years for the club to recover back from the tragedy.