Lately, Pakistani actress Syra Yousuf was trolled on Instagram for not having a flawless skin, however, the Project Ghazi actress has given a befitting reply to all the trollers.

Taking to the Instagram story, Syra posted a #NoFilter selfie saying, “I really like my skin”, and to end the criticism she was getting online. 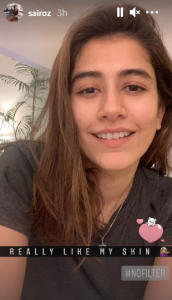 Formerly, Palwasha, Syra’s sister who is a beautician, shared an unedited photo of the actress on her Instagram account. Shortly the photo was shared, social media users immediately began to criticize Syra’s skin. 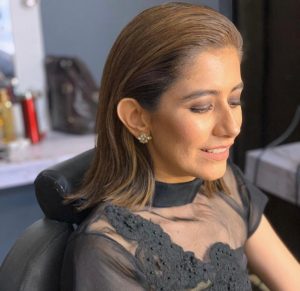 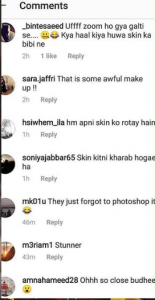 Syra Yousuf is considered to be the most beautiful, good-looking, and fashionable actresses in the Pakistani entertainment industry.

She made her acting debut with the drama serial Mera Naseeb in 2011. Syra has over 1.5 million followers on Instagram.

Karima Baloch: A Woman They Called “A Mountain of Courage”…