Saniya Shamshad is not only an alluring Pakistani actress, but also an experienced host and model. She started her career back in 2011 and won the hearts of people immediately with her powerful performances in various serials. Not only did she win hearts but as deserved, she has also been nominated and won various awards for her roles in different characters. 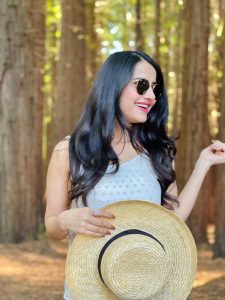 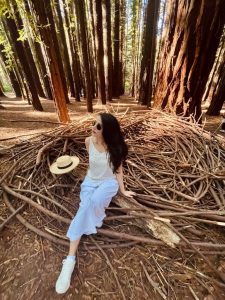 As the star recently got married at the peak of her career, we all had a question in our minds whether Saniya will continue her acting career or leave the industry once and for all. So, we had a little chit chat with the star lady and here’s what she had to say.

We started off with the basics and asked Saniya how it all began. To say the least, Saniya was never passionate about acting nor did she ever dream of becoming one, in fact it was Mr Waseem Abbas who actually discovered her and gave Saniya her first break. As Saniya says it, ‘If it wasn’t for him than I don’t think I would have ever ended up as an actor,’ as the actor had no interest in the field whatsoever. He saw her acting potential way earlier than she did herself, said Saniya.

Saniya calls herself an accidental actor as she never dreamt of being on screen. It just happened and here she is in front of us all today, she said.

We then asked Saniya about the most memorable compliment she had received to which she shared a little secret about herself, expressing that she doesn’t know how to take or respond to compliments as she gets very shy. However, a compliment she would never forget was that from Rubina Ashraf as Saniya had always admired the veteran actor’s work and a compliment from her left Saniya on cloud nine. 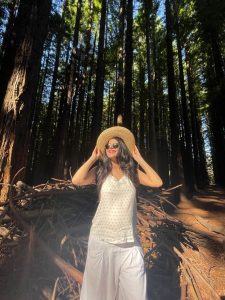 Talking about the achievements Saniya had been honoured with, she recalled her feeling of the first time she was nominated for ‘Rihai’ and she couldn’t believe it, but the recognition pushed her to do better and become an even better actor.

We asked Saniya about her first ever serial and did she react to watching herself on screen to which she said that she doesn’t even remember the name of her first serial as it was so long back. Clearly it didn’t leave much of an impression on her, Saniya said laughingly. However, she does remember her co-actor’s name, Affan Waheed and also her first day on set. She recalled the memory quoting, “I had no idea what I was doing, never acted before and my first scene was with Mr Javed Sheikh, so you can imagine my nerves.” As far as her reaction to her acting on screen was concerned, she hasn’t watched her first play till date.

She expressed her opinion by stating that having professionalism and an educated media personal is all needful but the most important thing is NEEYAT – the right intent is something that will go a long way.

And finally we came to the big question,
Whether or not the star lady would be continuing her career or calling it an end to which Saniya responded; her last project was Piya Nam Ka Diya, after which she moved to Australia with her husband as she wanted to give some time to her marriage. However, when she decided to return back home and take up projects, COVID happened and its still ongoing, so once things normalize we will all have the chance to see the actor on screen again.

Asking Saniya of actors she would now want to work with, she said our industry is filled with so much talent and working with most would be an absolute delight; but naming a few she said she would want to work with Ali Zafar, Fawad Khan and Sajjal Aly since she had never done any projects with them in the past. 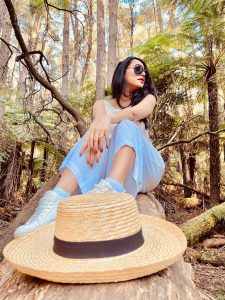 Coming to the near end of our conversation with the actor, we asked her of any current and upcoming projects. Saniya did her first Indian/Punjabi song, which she claims of being her first step towards the other side of the industry. She said that she has a few projects in the pipeline which are on hold because of border and travel restrictions. However, she is very excited about these projects as they are very different to what she has played earlier in her career.

We also asked her about any plans of acting in a Pakistani movie to which she replied that of the script is good and there’s enough substance to the character which she will be playing than she would surely take up the project regardless of it being a Movie or a Drama. 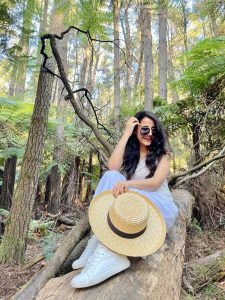 Tanzeem Sazi proved to be dangerous for Talal