The Maleficent star was accompanied by her 17-year-old son Pax during the visit.

Angelina and Jonny tied the knot in 1996 after they met on their move Hackers a year prior however they called it quits in 1999.

A source told People that the two continued to “remain good friends” even after their split.

As of now the purpose of her visit remains unclear but seeing that the two are single many speculated a romantic reunion of sorts.

The visit comes after the actress was “bitterly disappointed” after a court granted her ex Brad Pitt joint custody of their six children.

It is said that Angelina will appeal the decision with a hearing due for July 9. 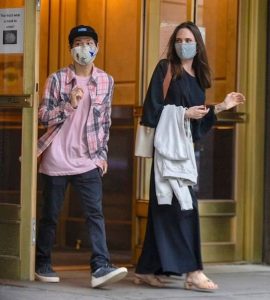 Perils of Plastics – We Need a Wave of Change!

Shahroz Sabzwari opens up about separation from Syra Shahroz