iPhone or Android??? This is still one of an ongoing debate since ages now, both the iPhone users and android users never give up in proving that their phone is the real OG! Whether its Google’s Android or Apple’s iPhone, both have pretty much same specifications at the end of the day, but the war is always there between their users. For someone who has always been an Android user can never imagine to switch to iPhone, while someone who has switched to IOs, there is no turning back then. Talking about their stores, both have fantastic app stores, be it Google Play Store or App Store.

Here’s the little face-off between the two, to figure out which one is the right one for you to choose: 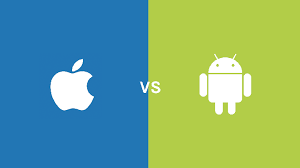 Here’s the little face-off between the two, to figure out which one is the right one for you to choose:

The developer of Android is Google and it was initially released on September 23, 2008. The latest update is Android 11 and talking of customization, we can customize a lot and can change almost everything. It is an open source model and file transferability is pretty much easier than iPhone. It has 100+ languages available with virtual Google assistant along with Google map service. Android version is there on many phones including Samsung, Oppo, OnePlus, Vivo, Honor and Xiaomi. Video chat can be done through Google Meet or other 3rd party apps while for calls and messaging, we can use Google Messages. 3rd party apps like Facebook Messenger, WhatsApp etc. Google Play Store has more than 2,000,000+ apps available for its users and with this, there are some alternative app stores available too, e.g. Aptoide, Galaxy Apps. Battery life is far better than iPhones, all Android manufacturers equip the devices with large batteries which have a longer life. Android helps you get complete control over over your devices and has monthly security updates. 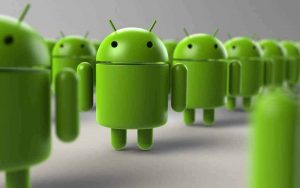 The developer of iPhone is Apple Inc and it was initially released on July 29, 2007. The latest update is iOS 14.1 and iPadOS 14.1 and talking of customization, it is very limited and unless you get it jail broken. It is closed source model, with open source components and file transferability is pretty tough than Android because you need to transfer the files using iTunes desktop app. It has just 40 languages available with virtual assistant which is called Siri, along with Apple map service (default). iOS version is there just on iPod Touch, iPhone, iPad,  Apple TV (2nd and 3rd generation). Video chat can be done through FaceTime (Apple devices only) and other 3rd party apps while for calls and messaging, we can use iMessage, FaceTime (with other Apple devices only). 3rd party apps like Facebook Messenger, WhatsApp etc. App Store has more than Apple App Store 1,000,000+ apps with probability of containing virus is very rare or nonexistent and with this, if you need some alternative app store other than Apple Store, you need to jail break the phone first. Battery life is not as good or large as Android. Complete access on your device is not possible because of security issues. 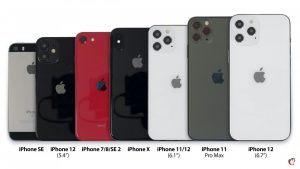 What should be the objectives for Karachi after the Covid-19 crisis is over?