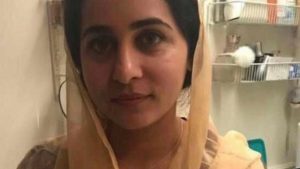 Karima, a Baloch rights and women’s rights activist was found dead at Ontario Lake in Canada on December 23rd. she was known for her fearlessness in the face of adversaries and was no stranger to clashes with the Pakistani Authorities. Upon facing charges connected to her activism Karima insisted that her sentence be the same as any other man. She did not want her sentence to be reduced based on her gender.

A true voyager for equal rights, Karima had lost several friends and family members in her battle for human rights in Balochistan. However, this did not slow her stride in any way. Although she was sent away to Canada by the organization she led (BSO), she continued her fight for human rights from across many seas, spreading the knowledge of the injustice that gripped her home, to the entire world on a global platform. 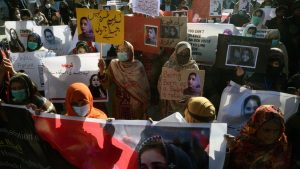 She told BBC in an interview, “I knew that what happened to my colleagues back home could have happened to me as well,” She wasn’t escaping her activism, she said, she was spreading it. “I haven’t sought asylum to protect my life. I am here to tell the world about the current situation in Balochistan. When we saw that the world is not coming towards us, isn’t listening to us, we decided to go towards it. To tell them what is happening to us back home. I believe it is my responsibility.”

Even that far from home, she could not escape the threats. She was told to cease her activism when her uncle was abducted in Balochistan. She refused and his body was returned to the family on the very day Karima appeared before a Canadian judge to request asylum, which took forever to process. 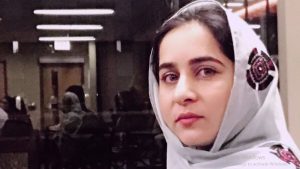 Her brother Sameer raises the question, “why did the asylum case take so long? Was Pakistan influencing the decision under the radar?”

Karima received many threats and had people stalking her in Canada, but she was undeterred… Fearless. Until Sunday came around, and she never returned from a morning walk… The police refuse to release any information on her death except that they found no evidence of foul play and that her body was found near Lake Ontario.

“Police officers are trying to rush us into accepting [their conclusion that she took her own life],” Sameer said. “She has been depressed her whole life. Now, finally she had got her permanent residency. She was granted her refugee status, and things were going better. “I do not know what happened that day, but given our history – given her history – I think we have the right to take this with a pinch of salt,” he said. 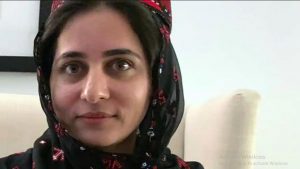 Speaking to BBC four years prior, after being named one of the 100 Most Inspiring and Influential Women, Karima said she had never really left her homeland. “It is with me,” she said. “The decision to go back to Balochistan any time I want is mine. I won’t let Pakistan make that decision for me.”

Karachiites wakes up to the coldest morning of the month!

Rise in Coronavirus cases in Karachi