This is one of the most tourists visited place in Paris. The official name of the is The Grand Louvre Museum It’s located in the heart of Paris and there are numerous categories which are divided into the museum. We can get to see many sections like: 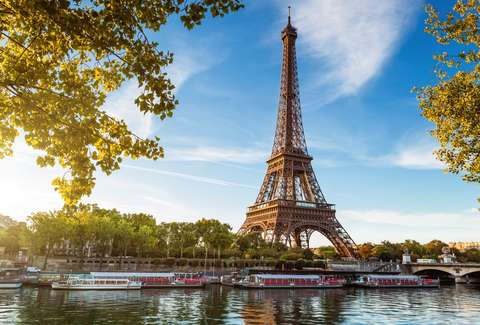 Disneyland is an entertainment resort for many people out there.  It encompasses two theme parks, many resort hotels, a shopping, dining, and entertainment complex, and a golf course, in addition to several additional recreational and entertainment venues. Who doesn;y want to be in that fairy tale throughout the night and well, of course, if you want to make your nights memorable here is this great place you can have on your trip.

The Château de Versailles is the most famous castle in France. This huge complex of buildings, gardens, and terraces is definitely a must for any visitor who will be captivated by exceptional accommodations, lavish decorations, furniture and gilded works of Renaissance art. Isn’t it beautiful?

It may sound dangerous to you and indeed it is. Paris is full of life at night but on the other hand, it is also considered as haunted places. Even I have no idea that, it is that haunting. I have always found this place attractive but now I am a little scared. This is some of the creepiest and most taboo places on the planet. What’s scarier than your typical, run-of-the-mill cemetery, though? How about one that houses the remains of millions of Parisians and is located directly underneath France’s capital? Yeah, probably that.

For a city that’s known for its love of fashion, romance, and culture, Paris sure is hiding a dark secret under its streets.

This women can’t hear men due to a rare condition

Ahsan Khan is working on a web series with Ayeza Khan