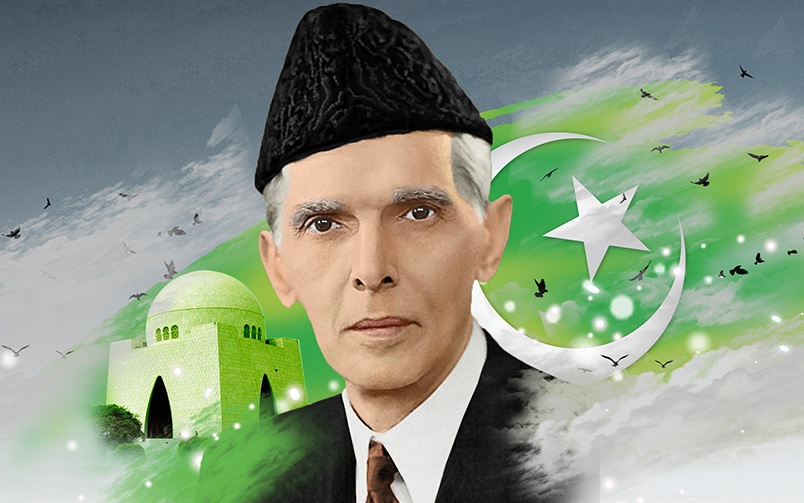 Quaid-e-Azam is one of those personalities which are still remembered in a golden word. Quaid-e-Azam was also one of them that played a great role in the establishment of our beloved country PAKISTAN. You can imagine the importance of this individual person by seeing that in 2021 he is found on the currency notes of Pakistan.

Quaid-e-Azam was born on 25 December 1876 at Wazir Mansion in Karachi. His real name was Muhammad Ali Jinnah.

Born at Wazir Mansion in Karachi, Jinnah was trained as a barrister at Lincoln’s Inn in London, England. Upon his return to British India, he enrolled at the Bombay High Court and took an interest in national politics, which eventually replaced his legal practice. Jinnah rose to prominence in the Indian National Congress in the first two decades of the 20th century. In these early years of his political career, Jinnah advocated Hindu–Muslim unity, helping to shape the 1916 Lucknow Pact between the Congress and the All-India Muslim League, in which Jinnah had also become prominent. Jinnah became a key leader in the All-India Home Rule League and proposed a fourteen-point constitutional reform plan to safeguard the political rights of Muslims in the Indian subcontinent. In 1920, however, Jinnah resigned from the Congress when it agreed to follow a campaign of satyagraha, which he regarded as political anarchy.

By 1940, Jinnah had come to believe that the Muslims of the subcontinent should have their own state to avoid the possible marginalized status they may gain in an independent Hindu–Muslim state. In that year, the Muslim League, led by Jinnah, passed the Lahore Resolution, demanding a separate nation for British Indian Muslims. During the Second World War, the League gained strength while leaders of the Congress were imprisoned, and in the provincial elections held shortly after the war, it won most of the seats reserved for Muslims. Ultimately, the Congress and the Muslim League could not reach a power-sharing formula that would allow the entirety of British India to be united as a single state following independence, leading all parties to agree instead to the independence of a predominantly Hindu India, and for a Muslim-majority state of Pakistan.

As the first Governor-General of Pakistan, Jinnah worked to establish the new nation’s government and policies and to aid the millions of Muslim migrants who had emigrated from neighboring India to Pakistan after the two states’ independence, personally supervising the establishment of refugee camps. Jinnah died at age 71 in September 1948, just over a year after Pakistan gained independence from the United Kingdom. He left a deep and respected legacy in Pakistan. Innumerable streets, roads, and localities in the world are named after Jinnah. Several universities and public buildings in Pakistan bear Jinnah’s name. According to his biographer, Stanley Wolpert, Jinnah remains Pakistan’s greatest leader.

Love yourself exactly as you are…..

How coronavirus pandemic could change our movie industry!