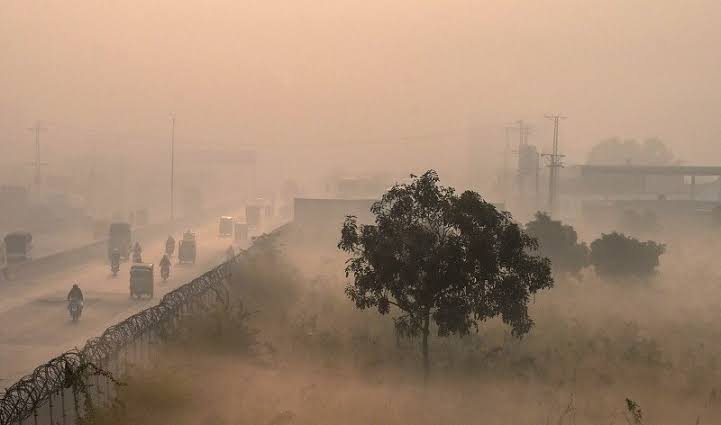 Punjab’s air quality has made headlines as the smog has increased making Punjab shut schools and staying indoors.

Minister Bao Rizwan told a television channel some days ago saying “Basically, smog is the mixture of fog and smoke, If there hasn’t been any fog in the past two years, it’s entirely impossible that smog exists here.”

Lets leave that debate for environmentalists. The sky and air has gone grey so how can we justify that? The air is filthy and the city feels bathed in disease.

Multiple factors have contributed to thick smoggy air and grey sky. “During smog season, some unscrupulous elements with the mala fide intention are trying to damage the image of Pakistan by reporting misleading/false reading of Air Quality Index,” he complained to the FIA. Well, if that’s so, how can you explain slumps & plastic burning to sloppy cars to deforestation & industrial waste + smoke?

Lahore has stayed neglected and will continue to stay that way as our population is increasing, economy is on the brink of collapse, resources are over-exploited, there’s violence, land’s becomes scarce, deforestation is taking place and so we ourselves are destroying Lahore!

This Weekend Only! Time to shop from Ideas Great Friday Sale With Flat 40% OFF

The hidden dangers in baby products: Are you paying attention?

All you need to know about Yoga

No Blood in Blood Banks or the Global Pandemic: Which is More Dangerous?