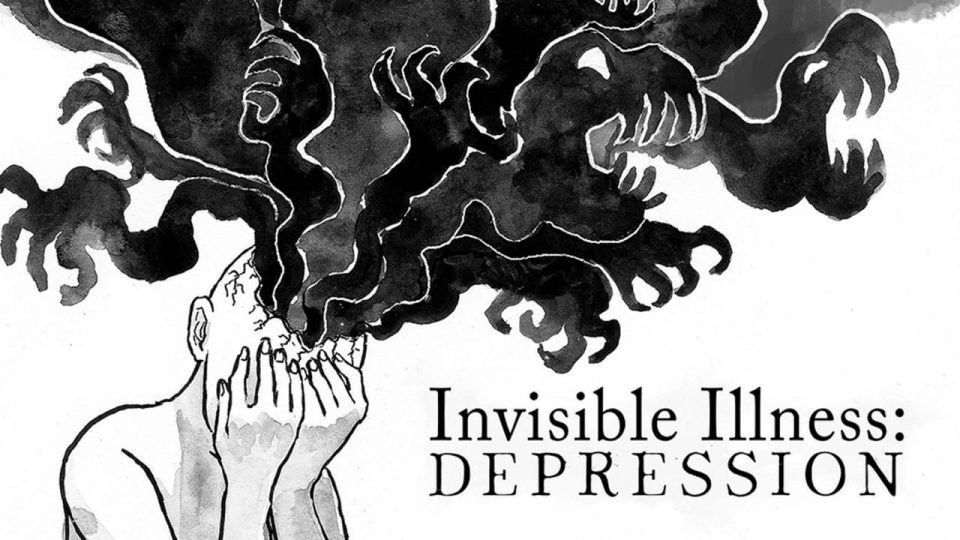 Well in general terms it is a mood disorder that causes a persistent feeling of sadness and loss of interest.

But lets be honest, this simple definition cannot do justice to a problem that is so much cruel and so hazardous to the person in question.Its more like a darkness, an inescapable one if not fought with at an early stage.

Think of it as standing alone on the edge and looking into the abyss, and when it looks back you blink and with that in a matter of seconds you are at a place where there is nothing around you but sadness and loneliness.

Yes, okay there are many scientific explanations as to what causes depression and ways to get out of it such as medications and going to a therapist but in reality these ways are not the cure but a form of repressing the disease. Making it slow and allowing it to creep inside of you.

What would you prefer when you’re in trouble and want help in getting out? A person who gets paid for that job and shows interest only due to the payment or someone who does it because they genuinely care about you?

Close your eyes and put your hand on your heart and you’ll know you would always want the latter.

What makes a person go into depression? Well majority of the time it is due to social status when you see that people around you are more famous, rich, living a better lifestyle than you it makes you start to question about yourself. But then again, that clash of social class is easier to get out of so im not going to on talking about that. Instead I’ll talk about the one that is more tough, more serious and hardly incurable.

The void inside you, a void created by the absence of love, care, affection, trust and loyalty. These are the things that everyone deserves and most importantly need, things which cannot most certainly be bought by money. They are made through connections, some get them through their family, some through friends and some through their partners. But then again some are unlucky to gain this and altogether not due to their fault.

But what do we do and say to the person who isn’t blessed with this and runs after it? An attention seeker? A fool? What do we tell them? Concentrate on being successful and these things will come by themselves? We don’t sit down and understand their problem but only rush to give them solutions and wrong ones at that. Why? Because we have no idea how deeply they have dived into their darkness

And trust me it’s a SCARY place!

It makes you start doubting yourself, makes you believe that you’re not good enough for anything or anyone, that you’renot worth it, it leads you to a path of overthinking and what happens then is that even if someone is trying to help you and be there for you genuinely you start to doubt it and their intentions, not because you believe they are bad but because you have started to make yourself think that you’re not worth any trouble for anyoneYou always see yourself an as outcast, an easily replaceable piece in everyone’s life. Someone who has no real use or meaning.

This leads to a defensive mechanism where you start to distance yourself from people, specially those who love you because you don’t see yourself as someone who deserves to be loved and believe that they are only acting in that way because they have some ulterior motives.

And no all of these mechanisms or behaviours don’t come out of the blue. They keep building up slowly inside of you due to the experiences that you face through the different stages of life.

All of these experiences then accumulate into the depressed person that you then witness.

Maybe an ex fooled with you and played your strings for their satisfaction, maybe your friends always made you feel like an outcast and you always saw a strong bond between them, a bond they never shared or built with you or maybe all your life the people around you compared you and never made you believe that you were any bit of successful or good enough for anything.

To help somebody out of this is really difficult. Its not an easy job and certainly not for one with low of patience and that’swhere it gets worse because nobody is willing to go to the edge for you to help you out cause our temperament doesn’tallow that. It doesn’t allow us to bear all the hardwork and rigour to pull someone out of that darkness because we after sometime start to believe that the person is unrepairable and doesn’t want to be helped.

That is true, that person doesn’t want to come out of that darkness because the virtual world he or she has created is tons better than their real world. In that virtual reality they have created a self worth, people that believe in him/her, love him, people he could trust and vibe along with. A world where he actually means something to the people who are around him. So why would anyone be willing to leave that behind so easily for a world where he is made to feel alone and pathetic?

Everyone deserves a person in their life who no matter what the hardships, the times would just not give up on them. It could be anyone, a family member, a friend, a lover but everyone deserves to have someone like that because that is a natural human phenomena. A desire to have someone to whom you’re a priority. Anyone who differs to say that, well hasn’t actually ever had the feeling to be an outcast.

We need to show our empathy and help people around us in our lives who have been swallowed up by this darkness because if we let them swim into it more, the result would be catastrophic. Majority of the time its really hard to know because in the most genuine of cases these people hide their reality by being the most funny ones, the most caring ones, the most empathetic ones because they know how it feels to be alone and their objective is to never make someone around them feel what they feel and the only happiness for them in the real world is to help and make others lives happy and better.

So its high time we start being better and start being empathetic towards others rather than sympathetic because empathy is the way we can truly understand what they are going through.

Depression is a serious illness!!

Unban of TikTok being welcomed by China