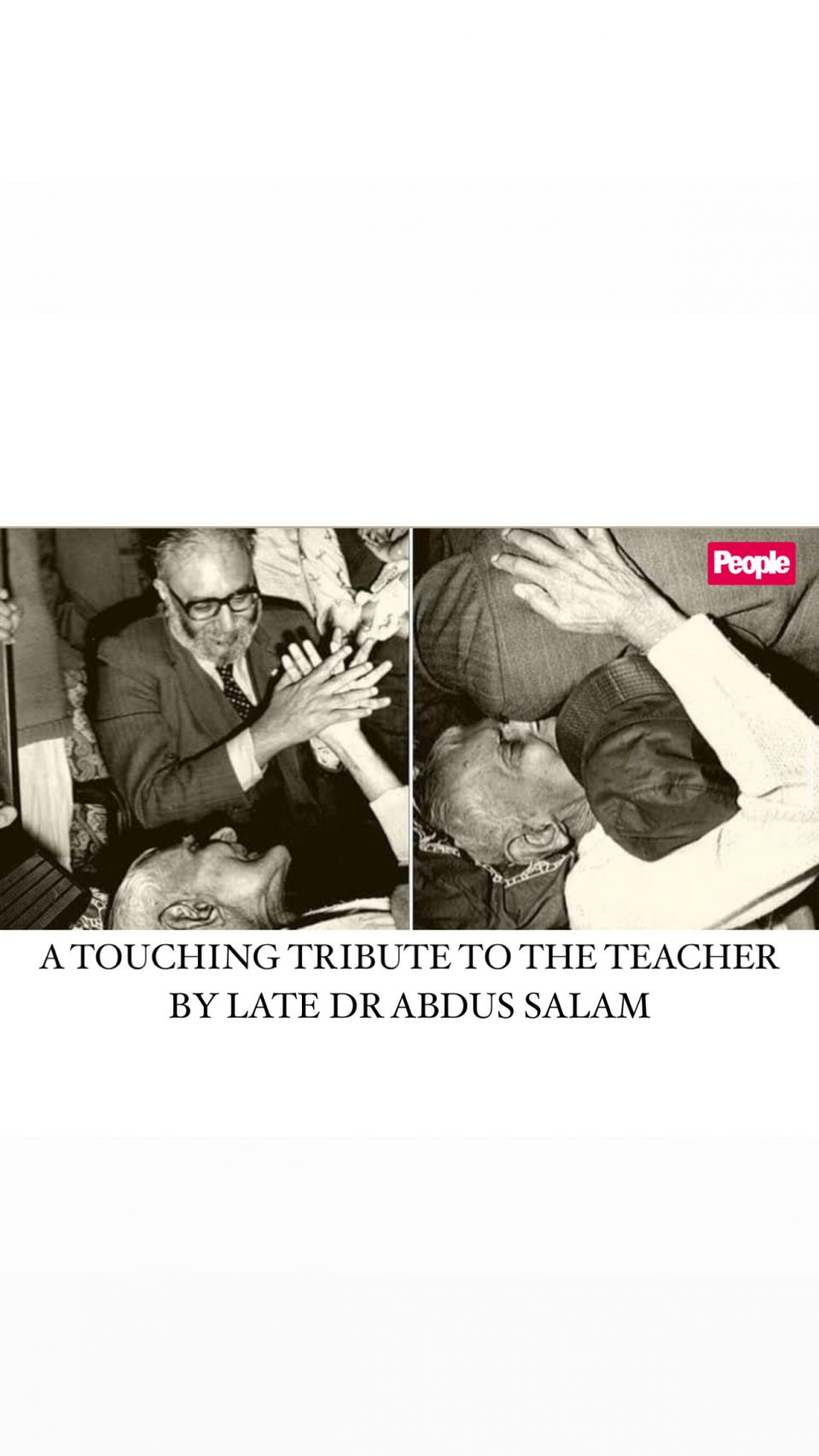 After Doctor Abdus Salam got Nobel Prize in 1979, he requested the Indian government to find Professor Anilendra Ganguly who taught him Mathematics in Pre-Partition era. He had to wait 2 years to meet his teacher and finally when Anilendra (his Professor) was found, Dr Abdus Salam came to pay his respects. At that time his professor was very weak, he could barely sit-up. Dr Abdus Salam took his Nobel Medal and handed it over to his teacher saying ‘Sir, this medal is a result of your teaching & love of mathematics that you instilled in me’. He put the medal around his Professor’s neck & said ‘This is your prize Sir, it’s not mine.’ This gesture moved so many people! The respect and love he had for his professor was truly defying to the barriers of religion & nations that grew post partition. This gesture blew people away across border & truly increased respect of people for their teachers across the world!

PM Imran Khan followed all SOPs in the recent meeting.

Don’t let those extra curves hold you back!