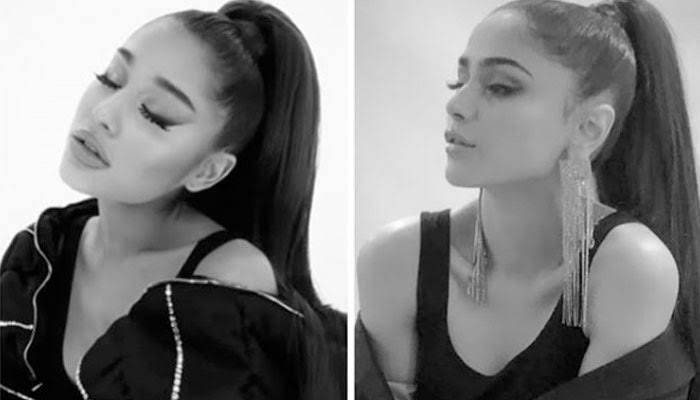 Aima Baig can easily pass off as the desi Ariana Grande.

The singer took the internet by storm after she posted a photo where she looks like a spitting image of the American singing sensation.

The Pakistani songstress can be seen rocking Ariana’s classic high ponytail, and a black outfit similar to hers, in the image that has gone viral ever since it was posted.

Just recently, Aima Baig made headlines after it was reported that she is planning to settle down with her beau Shahbaz Shigri.

The duo was making rounds on the internet after their marriage plans got fans excited.

Sarah Khan opens up about her breakup with Agha Ali and marriage plans!

Sajal Aly deletes half of her Instagram posts, but why?