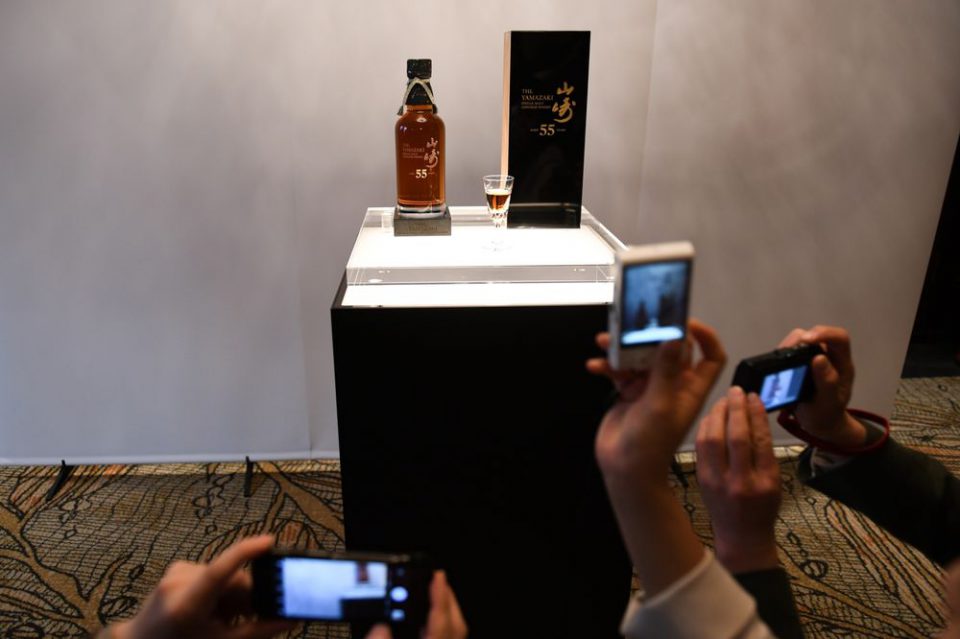 Japan’s Suntory Holdings on Thursday unveiled a limited edition 55-year-old Yamazaki single malt whisky, which it will sell for 3 million yen ($27,347.31) a bottle, aiming to bolster its credentials as a premium whisky maker.

The company stated that only 100 bottles will be sold from June 30, and buyers will be chosen by lottery.

Suntory and other premium whisky makers have been faced with depleted stocks of aged whiskies after an unexpected surge in popularity of single malts in the past decade. Many have turned to blends without age statements to manage supply, Reuters reported.

But many whisky aficionados still seek out aged single malts, and Kengo Torii, head of Suntory’s whisky division, said it wanted to shore up its reputation as a premium manufacturer.

According to Reuters, it is Blended from whisky matured in mizunara and white oak casks, the edition will be the oldest version of Yamazaki, Suntory’s flagship single malt produced at Japan’s first malt whisky distillery in Osaka. Suntory Chief blender Shinji Fukuyo described the taste as sweet and woody, with a mature, fruity aroma and long aftertaste.

The company in 2005 sold a limited edition of a 50-year-old Yamazaki for 1 million yen. One of them auctioned by Bonhams in Hong Kong in 2018 fetched HK$2.695 million.

She is More Than Just A Pretty Face