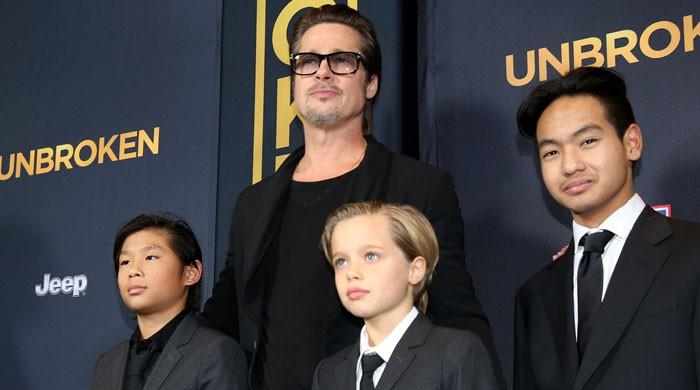 Hollywood iconic star Brad Pitt, who is currently riding high with the success of his back to back hits winning big during the award season, revealed his plans of celebration after the season comes to a close.

The 57-year-old actor while speaking to Entertainment Tonight, opened up about his post-awards season plans to celebrate with his kids.

“Really, it hasn’t been a lot of time to celebrate, you know? It’s like — they call it a season for a reason. So we’ll do that when it’s all said and done, I’m sure,” he said.

Pitt shares Maddox, 18, Pax, 16, Zahara, 15, Shiloh, 13, and Knox and Vivienne, 11, with ex-wife Angelina Jolie — has been booked and busy the past few weeks. Earlier this month, the actor won a Golden Globe for his role in Once Upon a Time in Hollywood.

The actor, at the PGA awards, will be honored for his production company, Plan B’s, work this year, while the producers behind Once Upon a Time in Hollywood are also nominated.

“It’s nice. I’m really proud of the work. We’ve been at this for maybe 17 years,” Pitt said. “It really takes a lot of pushing, a lot of nurturing it for years and years to get it there, so it’s nice all these people know what it takes.”

“You never know what’s going to land,” he added of the success of Once Upon a Time in Hollywood. “It’s always fun when the film really speaks to a wide audience. The older I get, the experience is every bit as important and those guys were just — it was a good time, you know?”

This year, the actor is also nominated for an Oscar for Once Upon a Time in Hollywood.

Salman Khan gets emotional about Laxmikant Berde, says he was one of the biggest reasons behind success of Maine Pyar Kiya