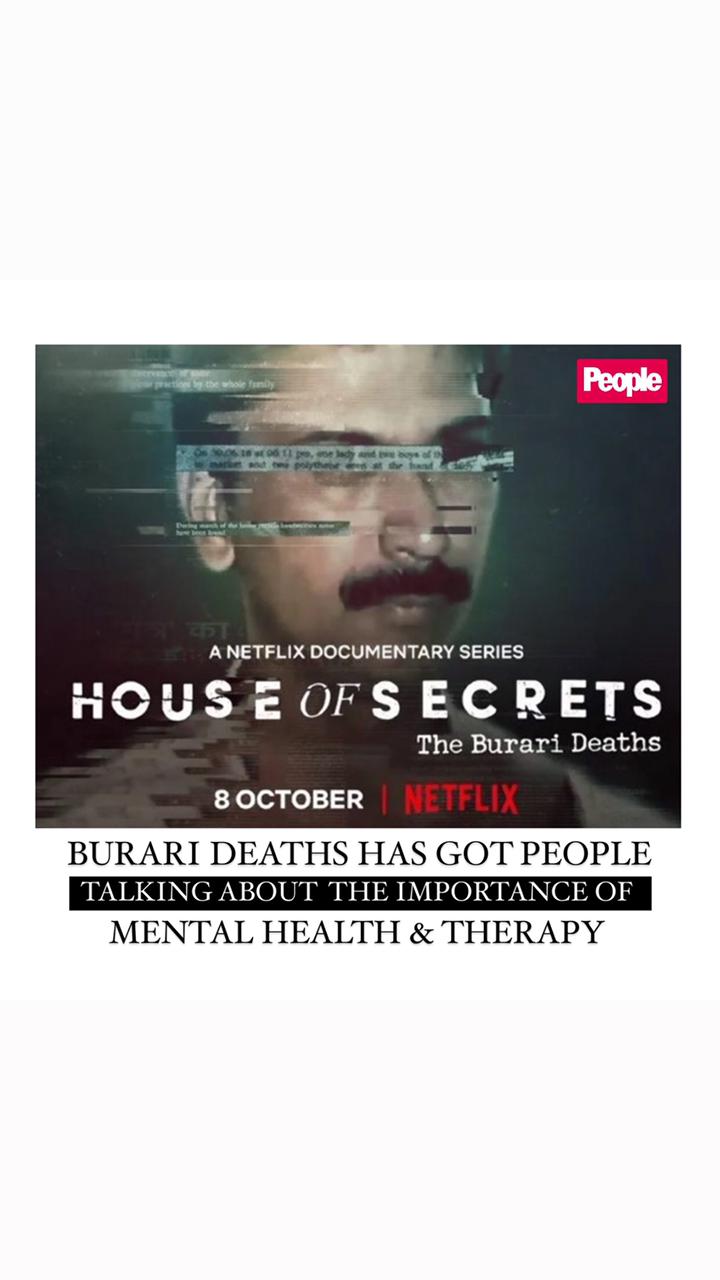 The new Netflix documentary Burari Deaths has people talking about the fine line between faith and delusion. It’s one of the most talked about show right after Squid game.

This documentary is about the deaths of eleven members of a family in India’s ‘Burari’ area of Delhi. Hence the name of the show ‘Burari deaths.’ This show has got massive online attention & led to much debate & conversation. After Squid Game, this show has become talk of the town.

It’s not just the bone chilling plot that people are continuously tweeting and talking about, the question rests whether the cases are mass murder or actual suicide.

People haven’t been able to stop tweeting about this thriller show and they are all glued to their screens to find out the ultimate tragic truth to the incidents.

A few people have even started to talk about mental health more openly than ever before especially in our society. People have stepped out of their comfort zone to realise mental illness is real and they’re acknowledging it while simultaneously trying to normalise it. 1 in 3 people in Pakistan are going through some sort of mental illness. Yet, they aren’t ready to accept it and some don’t even understand that it exists!

In South Asia, many people are still seeing ‘mental illness’ as taboo and there are so many challenges associated to mental health especially in a Desi house. The mere idea of therapy & therapist seems foreign to us!

I think it’s vital for us to not only acknowledge mental health illness but also help those suffering. We should be able to openly talk about it & seek help rather than shy away from it. Only then we will be able to progress as a society and as a nation.

Netflix to release a new ‘Matilda’ film with a difference

The 2017 Chicago Architecture Biennial Opens to the Public

This Independence week, let’s take you on a walk down the memory lane

What Does Painterly Photography Mean To You?