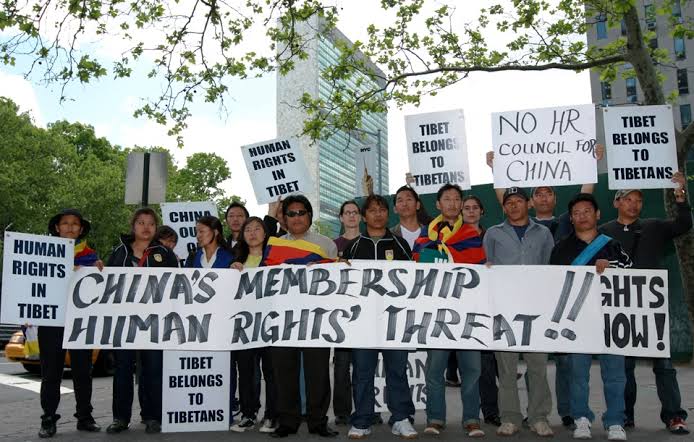 Human Rights Watch has published a scathing report on China’s “attacks” on human rights, claiming that the “Orwellian” system Beijing has developed at home is now being used to silence critics abroad.

The report was launched in New York on Tuesday evening after HRW executive director Kenneth Roth was barred from entering Hong Kong on Monday where he was due to publish the 652-page World Report 2020, Vice News reported.

As Roth was wrapping up an hour-long press conference at the UN Correspondents Association on Tuesday evening, a request to speak came from one unexpected guest: a Chinese government official.

On Wednesday morning, Freedom House, a nonprofit advocacy group funded by the U.S. government, published a report entitled Beijing’s Global Megaphone, which outlines how the Chinese government has aggressively expanded its efforts to shape news content around the world.

According to Vice News, in the last three years, China has achieved this through propaganda to promote its own views, censorship to silence critics at home and abroad, and control over the platforms through which people consume their news.

For example, over a 13-month year period beginning in January 2018, the Chinese embassy in Stockholm attempted to exert its influence over the media by issuing more than 50 statements threatening and insulting journalists and news outlets.

It was reported that, more recently, the report’s authors found that Beijing has begun using tactics like Russian-style disinformation campaigns, harassment of local mainstream media, and politicized content manipulation on Chinese-owned platforms.

Prince Harry will be hosting Invictus Games this year!

“Harry and Meghan are young, have right to live their life as they wish”: PM Imran Khan

Priyanka Chopra to be honored with UNICEF Humanitarian Award!