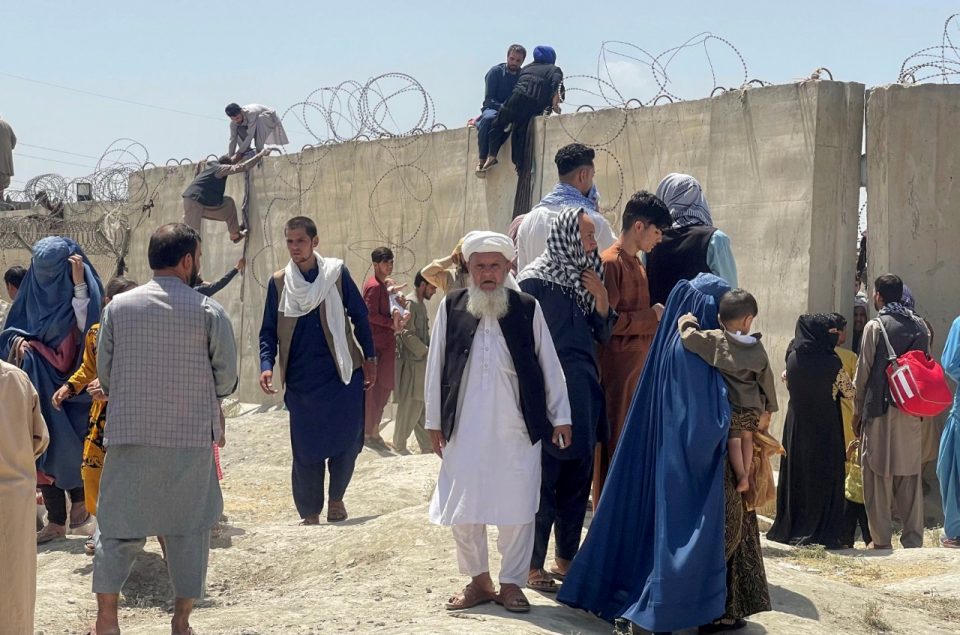 Pakistan, a country which is barely a self sufficient in terms of giving basic needs to its citizens, hosts more than 3 million Afghan refugees. These refugees came to the country four decades ago, mostly live in slum areas in villages of the KPK province and in the metropolitan city, Karachi with no jobs. Pakistan is facing the refugees issue since their arrival because of the no plan when welcoming. Government should have provided the basic necessities to the refugees but the country itself was facing the issues of providing shelter, food and clothes to its own people. Due to lack of basic facilities Afghan people motivated towards doing street crimes in Karachi. This arose another problem to the country with security issues of the citizens.

Pakistan has been confronting an increasing rate of crime, in Peshawar as well as in every city because of the presence of Afghan refugees. We need to limit their development to apply a brake on murders, robberies and kidnappings for money. It is not something that comes along with them but it is due to lack of facilities provided by the government of Pakistan since 1980’s. Pakistan is a country which is barely self sufficient in terms of providing food, shelter and clothing to its people and then the government opened the doors for the refugees without any planning of their future. The lack of strategy for providing basic needs to these regugees leads them doing what they can; street crime and begging.

The crime, since its rise, has been resolving assorted issues identified with the causation of street crimes in the society. Its inclinations stayed in the clashing circumstances which push individuals from the beginning. The crime has always remained significant aspect to bring people in the search of paradise. Afghanistan has confronted such nature of issues since the attack of Russia. A significant extent of the local people moved out of the state looking for places of refuge. Pakistan being the neighbor state acknowledged these Afghan refugees and housed them for very nearly thirty years. And yet Pakistan has dealt with numerous issues as a result of these exiles. According to the discoveries of the few insights introduced, a portion of the Afghan evacuees are involved in unlawful exercises; street crime, kidnapping, murdering, and drugs dealing. it is said by the criminal specialist that it is recognized that neediness could be the significant underlying driver of the social crimes and such nature of violations could be forestalled by giving better monetary freedoms to individuals. On account of Karachi, people believe that Afghan refugees’ contribution to the crimes was primarily a direct result of the poor financial conditions. The government of Pakistan since 1980’s has shown positive steps by offering a shelter to the Afghan people but due to lack in future planning, they failed to win the hearts of Afghans.

After the withdrawal of US from Afghanistan in July2021, the Taliban contenders entered the capital, driving Afghan President Ashraf Ghani to escape the nation and the Afghan government to implode on August 15, 2021. Soon thereafter, the Taliban reported they had entered the official castle, assumed responsibility for the city, and were setting up designated spots to keep up with security. The whole world is in shock, the terrorists, and ‘title’ given by the US government to the Taliban, have left the country in the hands of terrorist themselves to rule. All the nations are discussing the future of Afghanistan where it seems Pakistan will have the same diplomatic ties with the Talibans as far as they are willing to give the rights to their Afghan citizens on the other side Taliban has also resumed the trade with Pakistan. But what if the Afghanistan’s economy suffers and negotiation with US will not come to a positive conclusion. We may encounter more refugees to host and what precautions is Pakistan taking? Will we led the Afghan people die on their own soil or open the borders to host more refugees. How will Pakistan deal with this situation?

Impact of Covid-19 on Unemployment in Pakistan

Why bullying is a matter of concern?