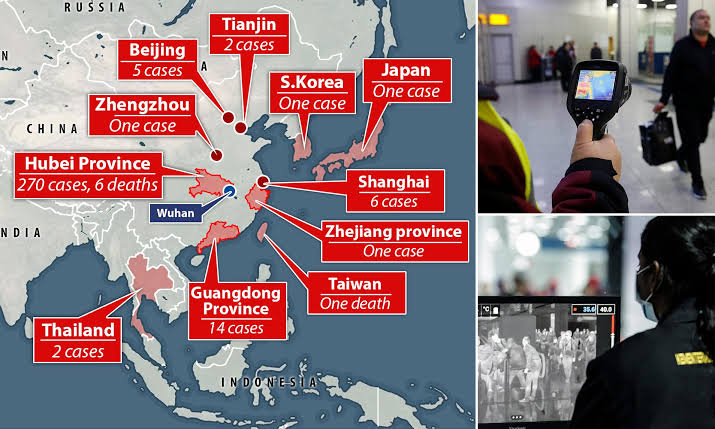 Ever since the emergence of a new novel strain of coronavirus in China, social media worldwide, and in Pakistan, has gone into overdrive.

Information is spreading on new threats and risks posed by the deadly disease. Tips and cures are also being shared–except not all of them can be trusted.

An emergency notification by the Pakistan Ministry of Health has gone viral. It states that the virus is “very very serious and fatal” and that “there is no cure once you are infected”. According to the notification, you need to keep your throat moist, drink water at a certain temperature, and take a lot of Vitamin C.

It is a completely fake “notification”. People are being misled with false and doctored images and fake cases as well. 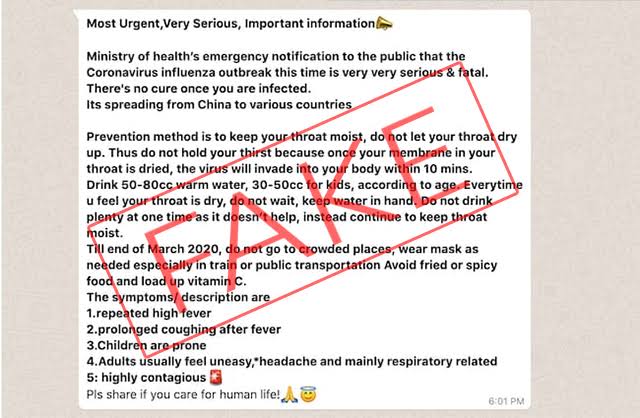 Another notification, posing to be from the Punjab Food Authority, is claiming people should avoid goat meat for 60 days so they don’t contract the virus.

This too is false. The PFA has issued a notification on its own website to set the record straight. But the post was still shared almost a thousand times on Facebook, and countless more times on WhatsApp.

Add to this disinformation a “leaked” document from authorities in Swat gave the impression that cases emerging in the region are being kept quiet to avoid panic.

The “document” went viral and journalists picked it up and began tweeting it without verifying it. Eventually, the Swat District Commissioner had to issue a clarification that this is not true, and that the patient mentioned in the letter had a viral infection not related to the novel coronavirus. 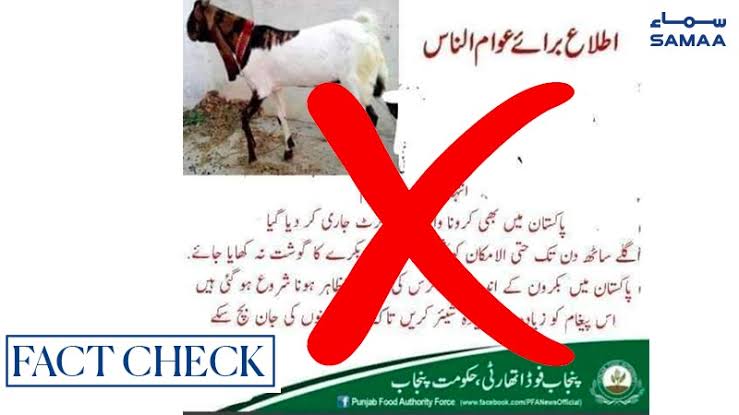 When people who want to spread incorrect and misleading information in a population use the format of “notifications” they pose as government. Such tactics have been used to delegitimize efforts such as the Polio Campaign. Real lives have been lost, and generations may be immeasurably affected because of this.

People underestimate the impact of online disinformation. But the impact of the online on the offline is very, very real. We need to understand that content should not be believed and shared without verification, especially when it’s an issue as explosive as a virus that has the potential to be the next big epidemic.

Such campaigns have been used in the past to use trigger events to create public hysteria, incite social divisions, and spark violence. It is integral now more than ever to rely on only credible sources, and go straight to their offices, or official social media platforms to verify this material.

A classic TV hit Ankahi is about to come to stage

WHO Chief says world must be ‘better prepared for next pandemic’

Researchers are worried that we might reach our climate tipping points!

This Tiktok influencer was shot dead after unknown dispute