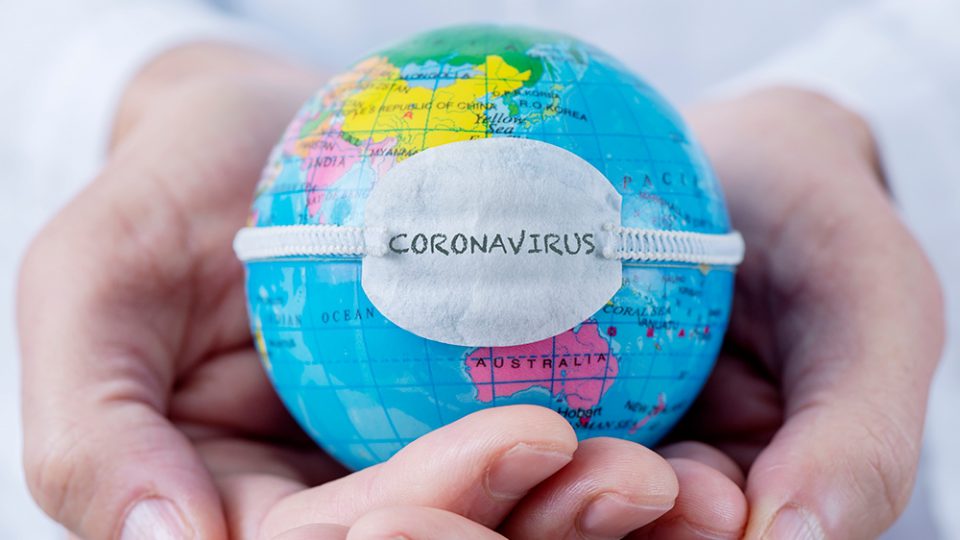 A NUMBER of developments that are happening around the world could play out in significant ways here in Pakistan in the days to come. Several countries, along with some states in the US, have announced that they will be easing their lockdowns going forward. In at least one case, that of France, the prime minister has explicitly said that the country must “learn to live with Covid-19” because the country has to walk a fine line from now on. “A little too much carelessness, and the epidemic restarts. A little too much caution, and the entire country sinks,” said the French prime minister in his address to parliament announcing the decision to start easing the lockdown.

Spain and Italy also announced at the start of this week that they are ready to start easing the lockdowns. Italy had one of the most intense outbreak of the virus and for weeks was a near-doomsday scenario for the rest of the world. Spain had one of the strictest lockdowns in the world, along with an outbreak. For these countries to now be talking of an ‘exit strategy’ from the lockdown is a big moment undoubtedly. But it is important to listen to the warnings that their leaderships are continuing to sound.

In addition, many states in the US are either about to issue orders to lift the lockdowns, or simply let them expire when their term ends. At one point the American lockdowns had almost 90 per cent of that country’s population confined to their home, and the number of cases shot up to cross one million. But some states, and in some cases a few cities, have leaderships that now feel they can afford to start easing the terms and allowing some movement to take place. More than 26m people there sought unemployment protection, meaning the rate of joblessness climbed to 16pc of the population. This is approaching the levels of unemployment created by the Great Depression.

The reason why it is important to be aware of these developments is that sooner or later you will hear somebody from this government come on the screen and make the case that ‘even the countries of the West are lifting their lockdowns because they have learned they cannot sustain them’. In slightly different words, the prime minister has already done this, though there is still room to draw the linkage directly. When that happens, here are some things you should know.

European countries are now talking of ‘exit strategies’, but it is important to listen to the warnings of their leadership.

In each of the countries or territories, the decision to start easing the lockdown has been made after they saw a sustained period of declines in daily infection rates. In France, to take one example, the biggest spike in the number of daily infections was on April 3 (according to Worldometers), when they saw 17,355 positive cases in one day. Up till April 16 that figure fell, but still remained in the thousands, ranging from a low of 2,455 (on April 12) to a high of 8,728 (on April 7). Even as the French prime minister stood before parliament to announce the easing of the lockdown, France saw 2,638 new cases. The virus still haunts, but the direction of its spread was clearly downward.

Likewise with Spain, where the number for daily new cases has halved since April 24, with the direction still moving down. Or Italy, which at the peak of its outbreak in the middle of March was seeing close to, or more than, 6,000 new cases per day, but has since brought this number down gradually to around 2,000 in the past few days.

Pakistan stands in stark contrast. Here the number of new cases is climbing very steeply. It is in the second half of April, in fact, that the graph for new cases begins to climb in Pakistan, first touching 500 new cases per day, then approaching 1,000 new cases by April 23, only to fall again. But the fall seems to owe more to an overall decline in testing rather than a slowing down in the spread of the infection. Data shows that from April 24, other than the province of Sindh, the number of tests done in all other provinces and sub-federating units like Gilgit-Baltistan and AJK, actually went down. Punjab’s health minister appeared on TV on the night of the 28th to argue that they are retooling their testing strategy and are holding back in the meantime, but only days earlier the planning minister, Asad Umar, had appeared on the same show and argued that testing is about to be ramped up very fast across the country. For a province like Punjab, it is reasonable to expect that there should be 10,000 tests being performed daily, but according to Yasmin Rashid, they were at 2,000 only on the 28th.

I hope the difference is clear. A country with anaemic testing capacity, that has done very little work on the local epidemiology of the virus or ramped up its contact tracing capacity in any significant way, is not ready to start toying with its containment strategy. Even those European countries that are easing their lockdowns have been warned by the World Health Organisation that doing so carries grave risks of restarting the outbreak. “This is not the time to be lax,” WHO said in a statement on April 21, the day after Germany opened some shops. “Instead, we need to ready ourselves for a new way of living for the foreseeable future.”

Without being able to see the movement of the virus through our general population, to map its spread in granular detail, it would be a mistake to move away from social distancing.

88% students willing to volunteer for antivirus efforts in Pakistan!