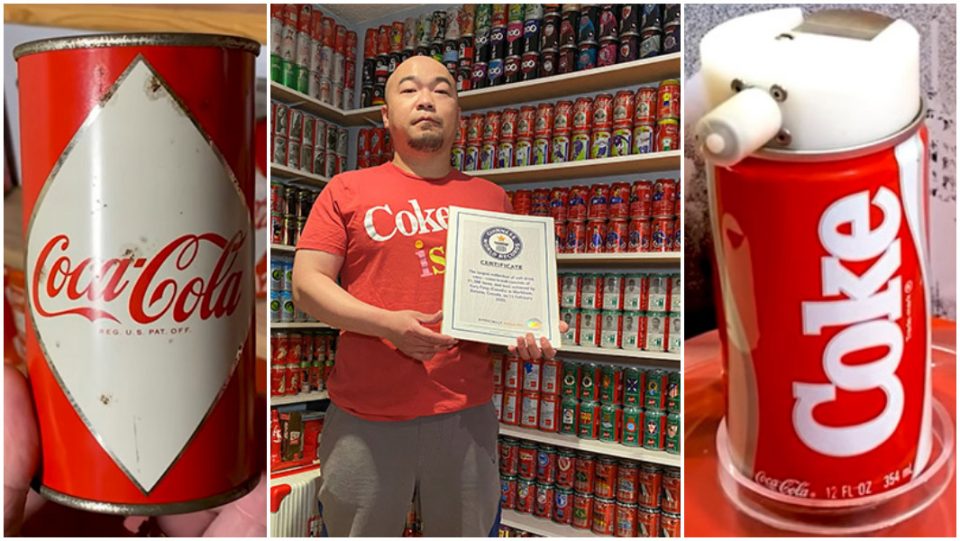 A Canadian Coca-Cola fan earned a spot in the Guinness Book of World Records by collecting 11,308 different cans issued by the soft drink company. Gary Feng was named the Guinness World Record holder for the largest collection of soft drink cans of Coca-Cola when his collection was recorded and verified to be more extensive than the previous record-holder, Italian man Davide Andreani, whose collection includes 10,558 different Coke cans.

The most unique item of Feng’s collection includes a 1955 can that was one of the first to be produced by the company, as well as souvenir cans from multiple decades of Olympic Games including can designed for the 2016 Chicago Olympics, which never took place due to Rio de Janeiro winning the bid to host.

The collection also features cans that were specially designed for drinking in zero gravity for the 1985 Challenger space shuttle mission and a 1991 expedition to the Russian space station Mir. Feng’s ultimate goal is to have can with his picture on it.

Shay Mitchell Has A Bun in the Oven