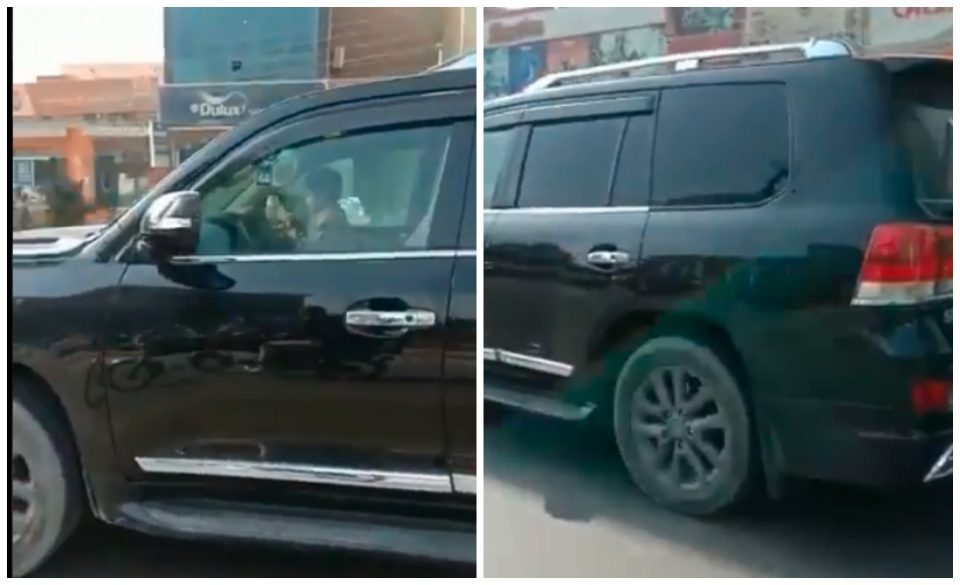 Recently, we came across a video of a kid who was around 5 or 6 years old went viral on social media. The kid was seen driving a Land Cruiser SUV on the Bosan Road of Multan. As per reports, the father came to a police station with his son on Thursday and surrendered.

The video went viral on social media within three days showing the child driving a black Land Cruiser on a busy road. Police were searching for the minor. More so, two teams had been formed to locate the child and his parents.

In the video, the child could be seen standing in the driver’s seat in order to reach the peddles, to see the road.

Yesterday, the father and his son came to police station. The underage driver has been identified. His father, Mazhar Abbas, told police that his son had driven away in his absence.

Subsequently, the vehicle was confiscated. In addition to this, the minor’s father was booked under the Motor Vehicles Ordinance. The man and his son were allowed to go home after paying a minor fine of Rs1,000.

In addition to this, the boy’s father submitted an affidavit to the police. It stated that the incident took place due to negligence and will not happen again.

Why is Sex Education important in educational institutes?

Karachi to experience cold weather than it has ever been since the past 7 years.