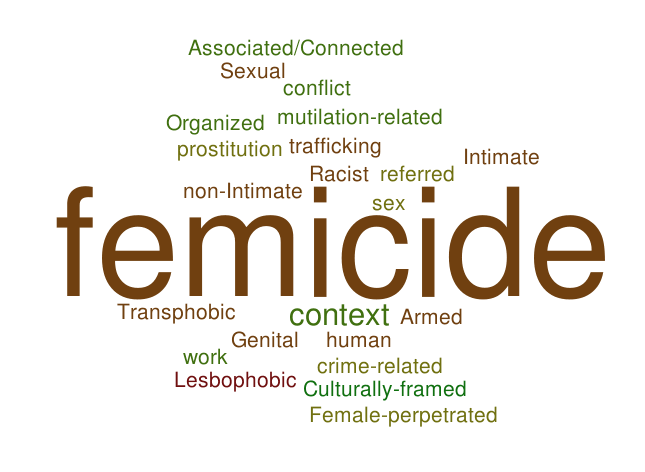 In the wake of current tragedies one can’t help but wonder why Pakistan is acting as if Femicide is something new / unknown to us.

It has existed for decades! It happens behind the closed doors. Acid attacks, honour killings and rape – all kinds of monstrous atrocities prevail in our society. It seems like it has held strong roots in our society.

Initially and even now 90% of the cases aren’t even reported because most of them earlier, took place in rural areas but it has spread like a disease in urban areas and affected multiple lives!

They blame a women’s body & her clothes. How can you ever justify or explain the rape of a 7 year old or younger? Infants & dead women aren’t spared here & they talk about a living woman. A woman in her abaya isn’t safe anymore, how can you explain that?

They said Quaratulain’s parents knew about her history but do you know whenever she would go home, cry or stay at her parents after being brutally beaten by her husband, he would come out & create a scene, threaten & abuse them? I wish her parents would have taken their daughter home years ago!

Little do we know maybe if they had fought for their right, maybe just maybe their daughter wouldn’t have suffered such a terrible death!

Maybe if Pakistan had strict laws & better mental health institutions then people like Jaffar wouldn’t be roaming around freely, thinking it’s okay to harass, rape or kill someone. Maybe if they wakeup from their deep slumber & actually hold Jaffar accountable this time THAN PEOPLE LIKE HIM wouldn’t dare lay a finger on the daughters of this nation!

Every time a woman steps out of her house especially while using a public transport she has to cover herself properly, send her live locations to people & constantly look over her shoulder! These monsters have left every woman paranoid. They’ve taken away our confidence, faith & trust.

The society has suffocated women to a point where they aren’t even safe in their own homes.

Why do women like Jaffar’s mothers don’t realise that their son’s need help? They are at blame too!

It’s not easy to just KILL someone or TORTURE THEM with weapons. There are multiple elements that lead to this behaviour. The mere saying ‘men will be men’ is one of the most problematic thing that we still get to hear in our society. And that ‘who told her to step out of the house post 8pm or who told her to wear clothes like that’ is also very problematic! Certain factors that further influence such behaviour is our corrupt & failing legal system, it’s the society – who try to conceal the mistakes of their sons & make them a macho stupid aggressive grownup male! It’s the discrimination and the bystanders too who would just stand like Jaffer’s servants & watch rather than displaying humanity & helping!

We can’t change the society now if justice isn’t served! If this time too Jaffer is set free because of his power & influence than we have failed to name a few – little girls like Zainab, women like Quaratulain, Noor, Andaleep, Zohra and the list goes on.

Daily you open twitter and a new hashtag a new story pops up which only makes your heart burn & makes you more paranoid.

worsen, more lives be taken, rapes will increase & women will be nothing and no more!