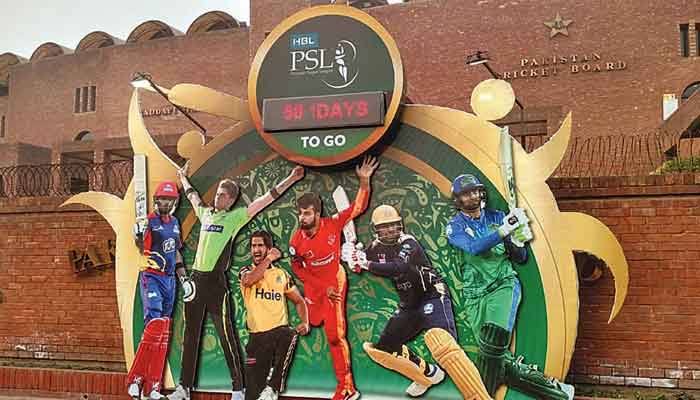 The foreign players participating the Pakistan Super League (PSL), barring those from Australia, South Africa and England, will join their franchises at least one week before the tournament kicks off, sources told The News on Tuesday.

This is the first time that the complete tournament will be held in Pakistan. Sources, privy to the developments, say that all the PSL teams in Karachi would train at the National Stadium. Another stadium owned by a private bank would be utilised as well.

Players from the West Indies, Sri Lanka, Zimbabwe, and Bangladesh will start reaching Pakistan at least one week before the matches, said the publication. The Australian, English and South African players will join their teams three days before tournament begins.

According to The News, PCB wants the inauguration ceremony in the port city to be a memorable event which could help boost Pakistan’s image as a peace-loving country. On Tuesday, the PCB had released the official song of the PSL.

A PCB official the official anthem “Tayyar Hain” was a result of a collaboration between Ali Azmat, Arif Lohar, Haroon Rashid and Asim Azhar. All the artists are expected to perform at the opening ceremony in Karachi, also likely to feature Mahira Khan and Mehwish Hayat.