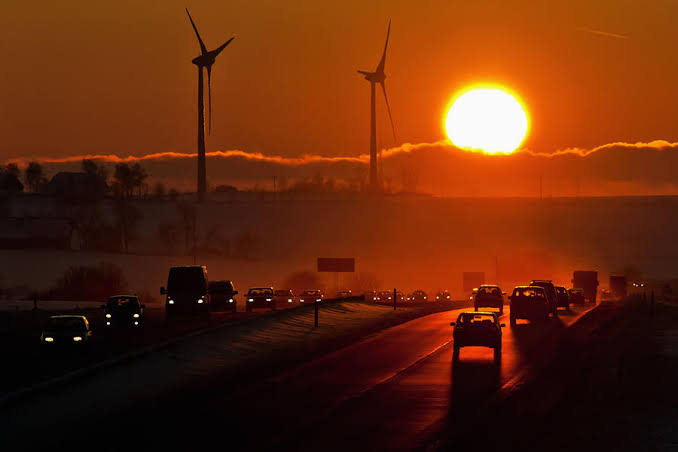 Even though the entire population across the globe is affected, the generations to come will face severe crisis than the one’s living now. Already there has been a huge climate change, Earth’s lungs have destroyed, pollution has massively escalated to a point that there’s no going back.

We are under a red code and will witness intense and frequent natural disasters. We will witness before us massive destruction and damages to our infrastructure, we already are. Yet the continuous hunger for creating more economy and accumulating billions is making us ignore the reality & at the end of the day we will all pay the cost.

The future generations to come will witness polluted air, rising temperatures, intense heatwaves, water bodies will be filled with trash, reduced food production due to unfavourable climate conditions, earthquakes, heavy rains & floods which we witnessed this year in Germany & many other parts of the world. We’ve witnessed wildfires which caused havoc and millions of trees & animals were burnt to ashes which made us suffer further. This year even Russia experienced heatwaves.

The generations to come will experience serve consequences & problems. We can’t control the problems or stop climate change however, we can slow the process. We can implement stringent policies that will help developed to developing countries to slow down the process of global warming. We have already overexploited our natural resources which have endangered species & put all of us at risk. Massive oil spills in water bodies have further contaminated our lives.

Nearly 90% of the world’s young generation is living in developing countries and they are facing extreme inequality & working in poor conditions. They are experiencing anxiety & depression. Our hope & future lies upon the future generations as they are considered to be a backbone of society. They can play a part actively on national & international level & help with climate change. Yes, they can’t reverse it neither can we. But, we can act upon & slow the process. If we fail to show seriousness & aren’t sincere with our actions & plans than we need to make ourselves mentally prepared to live with global warming. The least we all can do is engage and help with the problems & consequences!