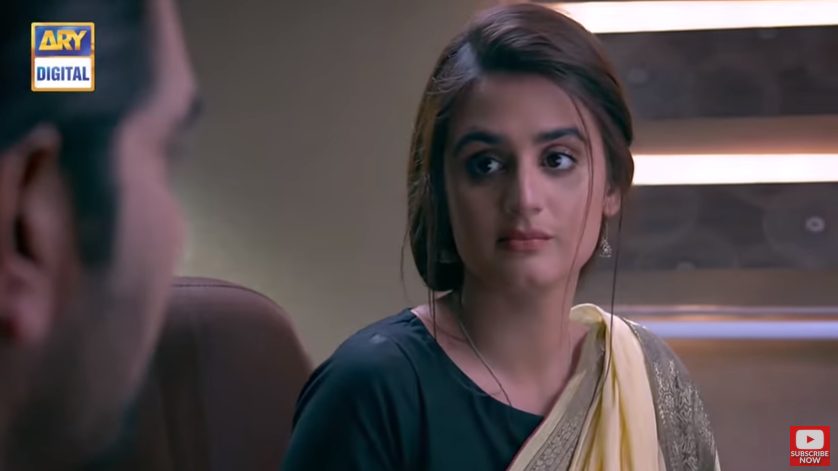 With the finale of Meray Pass Tum Ho inching nearer with every passing day, fans of the show can’t control their inclining curiosity about the end of what has been touted as the ‘biggest drama serial in the history of Pakistani television.’ Unable to keep their calm, some fans have resorted to probing about the final episode of the show by asking questions from the lead actors, annoying them to the core.

Hira Mani, who is a key actor in the show, recently expressed her annoyance, rather jokingly, when she was questioned about the last episode of “Mere Paas Tum Ho”.

In a video doing the rounds on social media, a woman is heard asking Hira, “What will happen in drama’s end?”

“Tang aa agayi hoon main is sawal se [I am fed up with this question],” the actress replied evading the question.

On being insisted, she gave out a humorous reply and shunned the question once and for all.

“Everyone is going to die (in the end),” Hira said evoking loud laughter.

Hira Mani has become one of the most sought after actresses in Pakistan after delivering some stellar performances on screen. While she has many hit plays to her credit, it was the overwhelming success of 2019’s Do Bol which gained her immense popularity among fans.

While Hira has always stood out with her powerful acting in every project she has worked in, her role in “Mere Paas Tum Ho’” has taken her fame to new heights.

Women, Advertisements and Stereotypes in Pakistan

Black day in Pakistan to be observe today